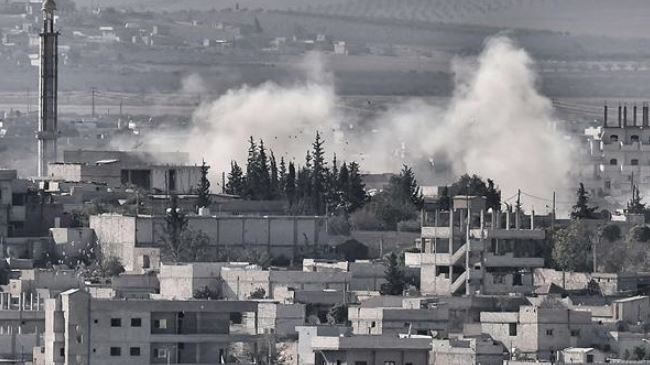 Alwaght- A year has passed from the first days of the Siege of Kobani by ISIS forces, a city that has been unknown for many people in the West Asia.

However, after the resistance of the Kurdish forces against the invasion of the ISIS terrorists, the town’s name has been frequently circulated in the media, newspapers, and among the people in different parts of the world. The city was surrounded on three sides by the ISIS forces and in the forth side it was bordering Turkey.

The Turkish army had closed its border with Kobani to stop sending any help to the Kurdish forces and people of this town. In this article which is the first part of a trilogy on the Kurdish resistance at three levels of local, regional and international one, we try to analyze the most important outcomes and events of this resistance at the local level. In the same way, we will briefly discuss several important factors that are the result of this resistance.

From the initial days of the Siege of Kobani, the town was surrounded from three sides by ISIS forces, for a historic period of four months, the town had to tolerate the worst conditions to cope with the invading forces. ISIS forces looted various kinds of modern and heavy weapons from military bases and used them against the people and Kurdish forces of Kobani, there was an increasing speculation that ISIS forces had used chemical weapons. On the contrary, the Kurdish forces were bereft of any modern and heavy equipment, and using their light weapons, they managed to withstand for four months.

Two: the historical presence of women in the struggles and resistance

One of the notable points in the resistance of Kobani people was the strong presence of women in the fights against the ISIS forces. Kurdish women in the framework of the Women’s Protection Units (YPJ( following the Democratic Union Party (DUP) that one of its heads is also a woman, managed to protect their town and fight back the ISIS terrorist group. During the four-month resistance, brave female fighters in the ranks of the People’s Protection Units, inflicted heavy losses on the ISIS terrorist group. The presence of women in the top echelons of command of the Party, particularly Asia and Nasrin Abdullah could be regarded as one of the outcomes of this resistance which more than ever highlighted the name of Kobani in different areas.

Three: sporadic support of combating forces from the Syrian Kurds against ISIS

From the initial days of the civil war in Syria, the Kurdish forces declared that they do not seek war neither with the central government nor with the opposition groups. They only sought to create an autonomous region. This tactic had turned to a secret for the occasional support of the opposition forces from the Kurdish forces in their fight against the ISIS. Although such support was not continuous and strong enough, it was a manifestation of the heroic resistance of the Kurds in Kobani that made way for support of Kurdish opposition forces from Kobani Kurds.

The most direct outcome of the Kurdish resistance in Kobani can be regarded the defeat of ISIS.  ISIS that over the past year had turned to a myth of invincibility in Iraq and Syria, suffered a humiliating defeat in the fight against Kurdish fighters. Political experts consider this defeat as the heaviest defeat of ISIS since its formation. This important breakthrough boosted the morale of the Kurdish forces for more struggle and progress. It also caused a loss of morale among the ISIS forces, made them frustrated, as they had to retreat and they lost their transit route to Turkey.

Five: the destruction of the town; the plan to make a City-Museum

After the Kurdish resistance was over, and the ISIS forces suffered a humiliating defeat and retreated from Kobani, it was estimated that parts of the town were totally destroyed and some other parts were partially destructed. Accordingly, to revive the memories of the Kurdish resistance, some domestic and international figures proposed to make the center of resistance in Kobani a War Museum. The original idea which was raised by the Kurds themselves, was praised by Harvey, the Western scholar.

Seven: reopening the path before the Kurds to annex three autonomous Cantons to each other

One of the main concerns and strategies of the Kurdish forces after the creation of three self-managed Cantons, was to annex those Cantons to each other. As result of the Kobani resistance and the defeat of the ISIS, the Kurds are now far from defensive approaches and have begun to adopt an aggressive approach against terrorists by integrating these three Cantons. Accordingly, they have succeeded to clear several towns and hundreds of villages of ISIS forces and have continued their efforts to fully annex these three Cantons to each other. Although the Kurds have encountered many challenges in pursuing this goal, as Turkey strongly opposed to the idea, at the local level the Kurds hope that they can connect their Cantons together.

Eight: change in the approach of central government to Kurds

Another important outcome of the Kurdish resistance and defeat of the ISIS terrorist group was a change in the approach of the central government to Kurds and their subordinate areas. Although the central government has no control over most of Syria, the emergence of the ISIS terrorist group and the resulting danger, have made the Western countries partially acknowledge the importance of Bashar al-Assad’s remaining in office. Regardless of the future of Assad and his government, Walid Muallem, the Syrian Foreign Minister has stated that he would not oppose to any demands of the Kurds after they defeated extremist and terrorists. He expressed willingness to accept the demands of the Syrian Kurds, except for division of the country.