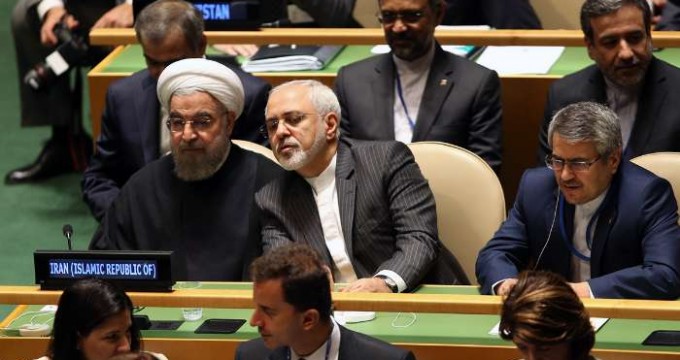 Iran’s coverage: No obstacles to US firms’ investment in Iran: Rouhani

US firms can use post-sanction conditions: Rouhani

President Hassan Rouhani said Iran is not banning US companies adding they can also use the post-sanction conditions and in a competitive setting invest and transfer techonology to Iran.

Iran’s President Hassan Rouhani says all countries should prioritize the fight against terrorism in Syria as an appropriate way to solve problems and work toward political reforms in the Arab country.

Deputy FM: Saudi Hajj mishandling nothing to do with destiny

Foreign Ministry deputy for Arab and African, Affairs Hossein Amir Abdollahian said the mishandling of the Hajj rituals by the Saudi officials has nothing to do with fate and destiny.

Atomic Energy Organization of Iran (AEOI) Chief Ali Akbar Salehi said on Saturday that the country has had good collaborations with the International Atomic Energy Agency (IAEA) within the framework of the country’s national interests.

The Iranian Army Ground Force on Saturday officially received a number of the latest homegrown military equipment, including cannons and anti-armor missiles.

Iran’s Foreign Minister Mohammad Javad Zarif has called for the timely implementation of a nuclear agreement reached between Iran and six world powers.

Saudi Arabia barred a proposed visit by Iran’s Health Minister Hassan Qazizadeh to the Iranian pilgrims wounded in Mina tragic stampede, it was reported on Saturday.

“Muhammad (S), the Messenger of God”, renowned Iranian director Majid Majidi’s latest film about the Prophet of Islam (S), has jumped into the lead in Iran with box office receipts totaling 70 billion rials (about $2 million) since its release a month ago.