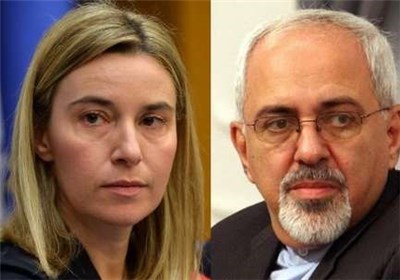 Iran, EU high-level dialogue to be held before year end

New York, Sept 26, IRNA – The EU High Representative for Foreign Affairs and Security Policy, Federica Mogherini, and the Minister for Foreign Affairs of Iran, Mohammad Javad Zarif announced that the first round of Iran-Europe high-level talks will be held before 2016.

They made the announcement in a joint press statement released at the end of their meeting held in the margins of the UN General Assembly in New York on September 25.

The two reconfirmed their commitment to implementing the Joint Comprehensive Plan of Action (JCPOA) which will open the way to revitalized bilateral relations in different fields and cooperation on regional and international issues.

Further work will now be taken forward through a high-level dialogue encompassing bilateral, regional and international issues of mutual interest. This will be led by the Deputy Foreign Minister for European and American Affairs, Mr Majid Takht Ravanchi, and Ms. Helga Schmid, Deputy Secretary General for Political Affairs of the European External Action Service.

The first dialogue is foreseen to take place before the end of the year to be followed by a ministerial meeting at a later stage in 2016.

In the context of their exchange on regional issues, the Foreign Minister and High Representative underlined the need to bring the war in Syria, which has caused so much suffering, to an end.

They expressed their readiness to cooperate within UN-led efforts and exchanged views on how to contribute to that end.

Zarif is in New York to meet counterparts and foreign leaders on the sidelines of the UN General Assembly to follow up the implementation process of the JCPOA reached on July 14 between Iran and G5+1.