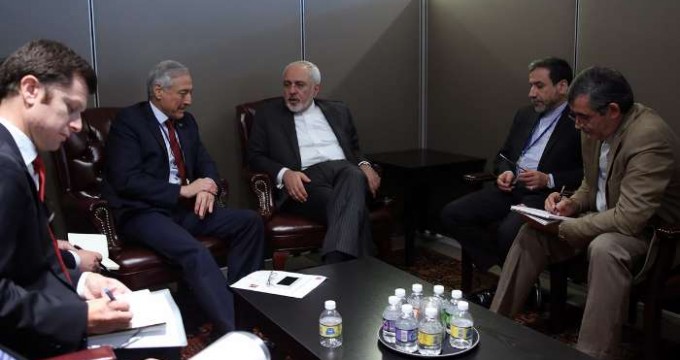 The Chilean foreign minister said his respective government is eager to send a high-ranking delegation to Iran as the first step to raise diplomatic relations to ambassador level and reopen its embassy in Tehran.

The Iranian side welcomed the decision by the Chilean government.

The two ministers also discussed regional issues, including Syria and Yemen, and stressed bilateral cooperation to reach sustained peace in the crisis-hit countries through political solutions.

Zarif is in New York to meet counterparts and foreign leaders on the sidelines of the UN General Assembly.