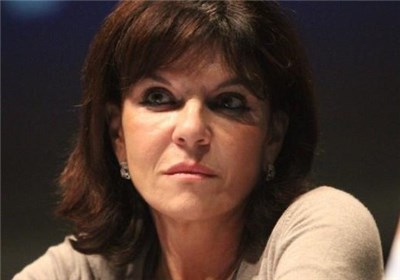 TEHRAN (Tasnim) – A French senator called for a UN-led investigation into Thursday’s disaster that killed around 2,000 pilgrims in Mina, Saudi Arabia, criticizing what she called Riyadh’s failure in handling the annual Hajj rituals.

Some 2,000 pilgrims were killed in a crush in Mina outside the Saudi city of Mecca when performing religious rites during the annual Hajj pilgrimage.

With the death toll rising, many pilgrims are still unaccounted for in the incident that marked one of the worst Hajj disasters in history.

In an e-mail interview with Tasnim, French Senator Nathalie Goulet called for an international investigation into the tragic incident.

“The current situation requires an international investigation committee maybe led by the UN because (the) Arab League doesn’t have representatives of Pakistan, Indonesia or Iran,” she noted.

“Saudis are small minorities out of total number of Muslims of the world. They continue to dictate their own procedures for Hajj pilgrimage that has failed year after year,” Goulet added.

“Saudis must allow Muslim international community to participate at executive level to manage more sensibly the Hajj proceeding after almost 15 centuries. I also think that international Muslim communities like Iran and others should disallow travel to holy sites in Saudi (Arabia) unless the safety and security of pilgrims are guaranteed,” she pointed out.

Hajj, the world’s largest annual gathering of people, has already witnessed numerous deadly stampedes, fires and riots in the past.