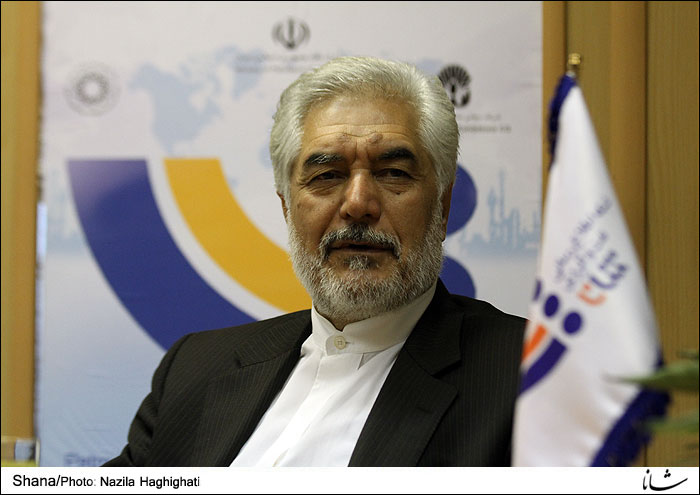 Tehran, Sept 23 , IRNA – Iran will push for regaining its share at the global oil markets in the post-sanctions era, a senior lawmaker said adding that an increasing number of visiting foreign delegations are expressing their interest in Iran’s oil and energy industry.

“Most of consultations are centering around expansion of ties in energy notably oil, gas, and petrochemical areas. Many of delegations are applying to buy Iran’s crude oil,” Chairman of Majlis (Parliament) Energy Commission Ali Marvi said quoted by the Shana Petro Energy Information Network.
The parliamentarian reiterated that Iran’s conditions have changed. “They are negotiating with a country that despite of sanctions, has managed to keep developing.”
“Only through increased production and export can we have more influence in OPEC,” he added, “Iran will win back its share in global oil competition and it will not have a remarkable effect on oil price fluctuations.”
He urged OPEC member countries to observe their production quota so that market will be stabilized.
On Sunday, First Vice President Eshaq Jahangiri called for an immediate boost in Iran’s crude oil production once sanctions against the Islamic Republic are lifted.
Petroleum Minister Bijan Zangeneh has said that Iran is ready to increase its oil production in one week after sanctions are lifted.
Iran was OPEC’s second-biggest producer before US-led sanctions banned its customers from purchasing, transporting, financing and insuring of its crude in mid 2012.
Iran’s output can increase by 500,000 barrels a day within a week after sanctions end and by 1 million barrels a day within a month following that, the minister said in a televised interview.