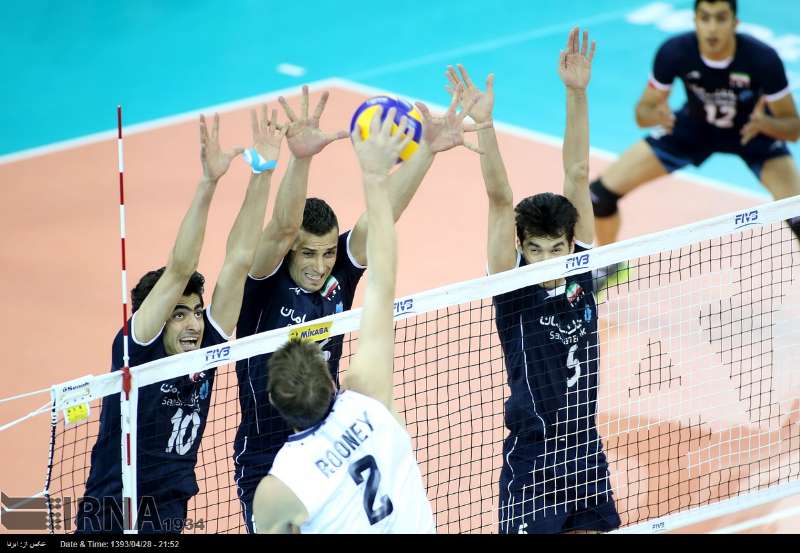 Following the 2015 FIVB Volleyball World Cup in Japan, Iran’s national volleyball team played against Canada today morning and by their poor performance lost to his opponent for three sets in a row.

Kovac’s boys were defeated to Canada to mark their seventh defeat in ten matches.

Shahram Mahmoudi became the top scorer for Iran by achieving 20 points for while Mirzajanpoor came second by scoring 10 points.

John Gordon Perrin led Canada with 13 points to emerge as the Most Impressive Player while Justin Duff picked up 12 points in crucial moments that defined the match.

Canada went off to a good start in the first set, preparing well in their counterattack against a team of hard-hitters.

The Iran team crafted quicker offence, using combination plays with Seyed Mohammad Mousavi and Shahram Mahmoudi, and for the higher balls, they used the benefits of a block touch over attacks that pierced through the defence.

It was a matter of patiently playing point after point for Canada to maintain their lead and to reach setpoint, 24-20.

Iran brought in a 3-point swing, but Canada’s Perrin closed off the first set, 25-23 with a quick smash from the wing.

Iran setter Mir Saeid Marouf opened the second set with two aces and went on to design his plays Mojtaba Mirzajanpour and Mahmoudi.

Errors found the Canadian side chasing for the setpoint while Iran kept their chances alive until Captain Frederic Winters slammed a winner from the wing to end the second set to Canada’s favor, 29-27.

Iran looked sluggish with their ways in the third set by lagging in reception and fell 12-16 at the second technical timeout.

Canada suffered from their own share of errors and dealt with a 23-all score.

Mahmoudi struck from the wing to extend the set but a block on Mousavi’s attack squashed all hope for Iran, 24-26.

As their last match in the FIVB Volleyball Men’s World Cup, Iran will play against Egypt tomorrow.

Congratulating to Canada, Iran’s couch Slobodan Kovac said that, “they played very strong today and we were not in good shape; we tried to get a reaction after yesterday, but mentally we are not here; even though we tried, the other side is a good team.”

Iran captain Mir Saied Marouf said that, “there’s nothing to explain because this was our worst day and I think we forgot how to win and how we must win.”

Canada coach Glenn Hoag also stated that, “at this point of the tournament, I think we’re happy with the win, although Iran weren’t at their best, they’re always a difficult team to beat,” underlining that, “for us, it was actually the first time, but we know the quality of their team, so we’re happy.”