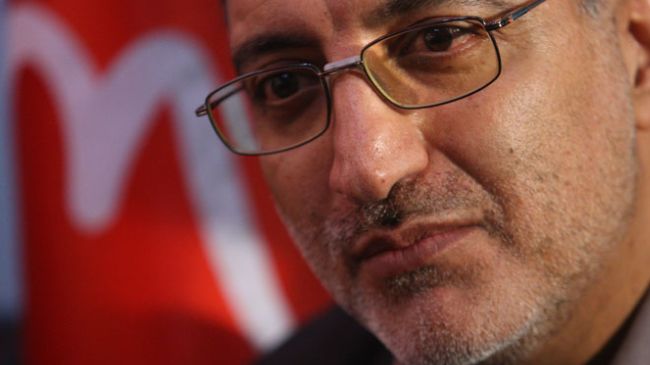 TEHRAN (Tasnim) – Head of the Iranian parliament’s Special Commission for Reviewing the Joint Comprehensive Plan of Action (JCPOA) Alireza Zakani said the country believes that the UN’s nuclear watchdog has not fulfilled its duties toward the Islamic Republic.

“The Iranian people and their representatives (in the parliament) believe that the International Atomic Energy Agency (IAEA) has not met its inherent duties,” Zakani said in a Sunday meeting of the special parliamentary commission in Tehran attended by IAEA Director General Yukiya Amano.

He further emphasized that the UN body is committed to provide certain services to the member states, but Iran has been deprived of even minimum services of the agency.

“A tragic example of this occurred when Iranian patients were in dire need of radiopharmaceuticals (but were denied the medicines due to the anti-Iran sanctions),” Zakani added.

In 2007, for instance, the Iranian lawmaker said, Belgium stopped sending the badly-needed medicines to Iran.

Accompanied by a four-member delegation, including his deputies, Amano arrived in Tehran to attend the session of Special Commission for Reviewing the JCPOA and facilitate the process of implementing the Road-map signed between Iran and the IAEA.

The two sides on July 14 signed a Road-map agreement in the Austrian capital of Vienna to resolve all the past and present outstanding issues related to Tehran’s nuclear energy program.

On the same day, Iran and the Group 5+1 (Russia, China, the US, Britain, France and Germany) finalized the text of the JCPOA, a lasting deal that would end more than a decade of impasse over Tehran’s nuclear program.

The IAEA has been given the role of verifying Iran’s commitments under the deal.