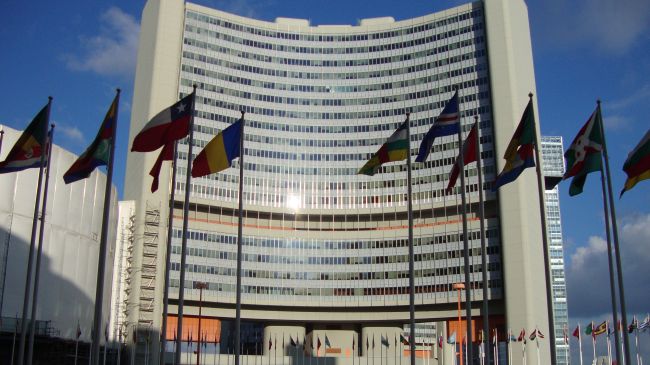 The United Nations Security Council is expressing “grave concern” after violence this week at Jerusalem’s holiest site and is calling for restraint and calm.
The council statement was issued late Thursday after three days of clashes at the hilltop compound known to Muslims as the Noble Sanctuary and to Jews as the Temple Mount.
Rumors had spread among Palestinians that Jewish “settlers” were plotting to take over the site. Police entered the compound to disperse Muslim protesters who had holed up in the mosque and hurled rocks, concrete blocks and firebombs at security forces.
The council statement says Muslims at the site “must be allowed to worship in peace, free from violence, threats and provocations.”
It also says that “visitors should be without fear of violence or intimidation.”
Earlier on Thursday, Saudi Arabia’s King Salman Abdul Aziz spoke by phone with U.S. President Barack Obama on Thursday and sharply condemned the “dangerous Israeli escalation at Al-Aqsa Mosque.” The Saudi press agency reported that Salman told Obama that “the attack on worshipers at the mosque [earlier this week] is an offense against the Islamic holy places.”

The White House confirmed that the two leaders spoke about the Temple Mount, but did provide further details.

The king called on Obama to take immediate steps to stop “the Israeli attacks, including intervening with the UN Security Council to protect the Palestinian people,” adding, “The Israeli attacks contribute to feeding extremism and violence in the world.”

Earlier on Thursday, a bus was stoned and then torched in East Jerusalem. Palestinians pelted the bus with stones as it was driving through East Jerusalem’s Ras al-Amud neighborhood. The driver fled, but when he returned to the spot later with the police, they found that the bus was on fire.
Also on Thursday, Prime Minister Benjamin Netanyahu and Public Security Minister Gilad Erdan approved a plan composed by the Israel Police to better deal with the security situation in Jerusalem.
The police plan is very broad but intended as a short-term solution. It will only be in effect for the months of September and October. The goal is to temporarily implement a response to the Palestinian attacks in Jerusalem until the government passes new laws in response to the recent riots and stone-throwing.
To reinforce the capital, 800 additional police officers from other districts around the country will join the thousands of police officers already assigned to the Jerusalem District. East Jerusalem is being divided into nine sectors, with a police brigadier general in command of each of them. Each area commander will get a Border Police company of 70-80 troops, who will operate solely in the section to which they’re assigned. Undercover units that usually work with the army have also been allocated to the project.