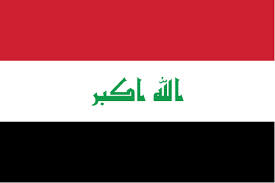 Iran ignores US requests for meeting on Iraq: Source

Iran has ignored repeated requests from the United States for a diplomatic meeting with Iranian officials on the Iraq crisis, a report says.

Iran’s official news agency, IRNA, on Thursday quoted an unnamed Iraqi source as saying that the US diplomats in Iraq, including its ambassador, have over the past one month and a half offered to meet with the Iranian ambassador and other senior Iranian diplomats.

According to the report, the US had sought to negotiate with Iran on issues that the Islamic Republic considers “Iraq’s internal affairs.”

“As far as I know, the Americans have asked several prominent Iraqi figures to mediate in this regard,” the source was quoted as saying.

The source said one of main reasons behind such requests is Iran’s diplomatic initiatives in Iraq and the entire Middle East region, adding that Western diplomats have acknowledged that Iran’s diplomatic mission in Iraq is the most active.

Iran’s Ambassador to Iraq Hassan Danaei-Far said the Islamic Republic’s diplomatic mission in Iraq regularly holds meetings with foreign diplomats based in Iraq, adding, however, that “we basically do not trust the Americans and presently do not see any need for holding dialogue with the American side,” the report said.

On September 9, the Leader of the Islamic Revolution, Ayatollah Seyyed Ali Khamenei, said the Islamic Republic “did not and will not hold talks with US on issues other than nuclear negotiations.”

The Leader noted that the United States does not conceal its animosity toward Iran, adding, “While one [US official] smiles, another draws up a bill against Iran.”