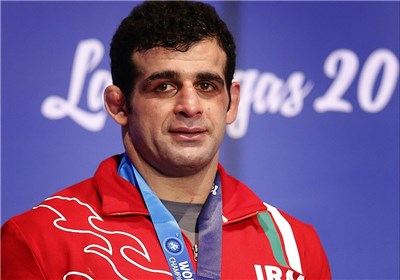 Ghasem Rezaei the Iranian wrestler from Mazandaran province of Iran was rewarded by provincial officials and fans after he snatched the silver medal on September 8, at the 12th edition of World Wrestling Championships in the United States.

The ruler of the men’s 96 kg Greco-Roman at the 2012 London Olympics, in a generous move, donated all the awards  given to him after the event to charity foundation in charge of caring for the poor and unaccompanied children in his home town of Amol.

The athlete called his act a minor step in response to all prayers said in support of him by his fellow citizens.

Traditionally Iranian wrestlers participate in charity activities in support of the destitute, as the field is accompanied with heroic rituals in the country with many anecdotes on noble behavior of legends like Pourya-ye Vali (died 1322 CE) and Gholamreza Takhti (1930-1968).