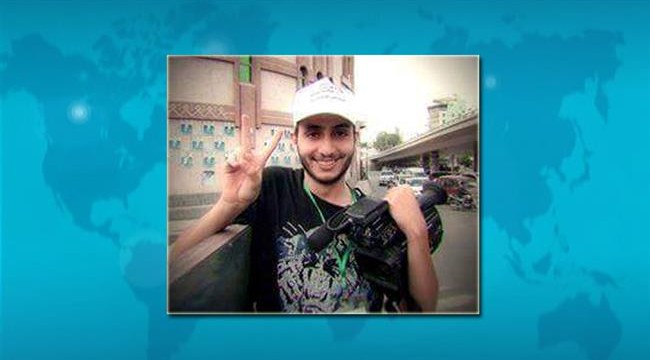 A Yemeni cameraman has lost his life in a Saudi airstrike against Yemen’s capital, Sana’a, as Riyadh pushes ahead with its military campaign against its crisis-stricken southern neighbor.

Bilal Mohammad Abdullah Sharafuddin, a cameraman for the Arabic-language al-Masirah satellite television network, was killed in a Saudi aerial attack early on Thursday as he was covering the aftermath of an earlier Saudi attack against the eastern al-Jaraf district of Sana’a.

Saudi fighter jets also carried out a number of air raids against a residential area in the Beit al-Miad district of Sana’a, though there were no immediate reports of casualties and no word on the extent of damage inflicted.

Separately, at least ten people were killed and many more wounded when Saudi warplanes bombarded a residential neighborhood in Sana’a.

Earlier in the day, a Saudi soldier captured by Yemeni forces called on Riyadh to put an end to its deadly onslaught on Yemen. In a video aired by Yemen’s al-Masirah TV, the soldier identified himself as Ibrahim Mohammad Hakami, and called on Saudi Arabia’s armed forces to put down their arms and reject Saudi Arabia’s call for war on Yemen.

He also thanked the Yemeni troopers who captured him for their humane treatment of prisoners.

Saudi Arabia launched its military aggression against Yemen on March 26 – without a UN mandate – in a bid to undermine the revolutionary Ansarullah movement and restore power to fugitive former Yemeni President Abd Rabbuh Mansour Hadi, a staunch ally of Riyadh.

Nearly 4,500 people have been killed in the Yemeni conflict, the World Health Organization said on August 11. Local Yemeni sources, however, say the fatality figure is much higher.