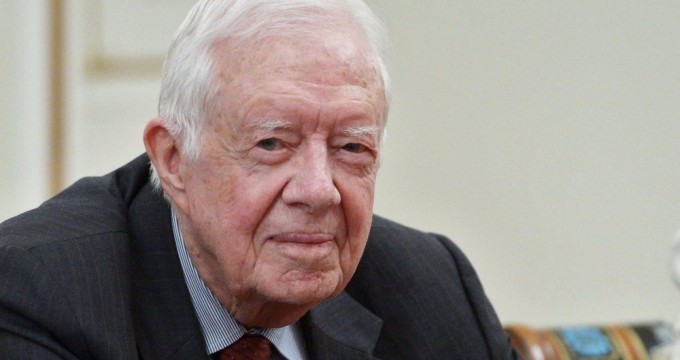 The 39th President of the United States, Jimmy Carter, has become the latest politician urging the United States to join forces with Russia and Iran in order to find a solution to solve the protracted Syrian crisis.

Carter considers finding a solution to the deadly conflict, which has left over 220,000 people killed and more than 7.6 million displaced, to be the first major step on the path to tackling the overwhelming influx of refugees from the Middle East and elsewhere.

“The best thing obviously is to deal with Syria,” since the majority of refugees come from this country, the former president said at an annual event held at the Carter Center.

#JimmyCarter: We now have more refugees from war zones on Earth than we have ever had in history #CarterTownHall

President #JimmyCarter and Mrs. Carter open up a lively #CarterTownHall

It’s ok for western countries to aid and support terrorists within Syria but when Iran & Russia help Syrians inside of Syria it’s wrong?