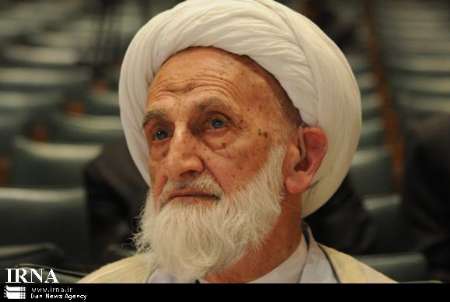 Tehran, Sept 16, IRNA – Ayatollah Abolghassem Khazali, one of the co-authors of the Islamic Republic Constitution and member of the Assembly of Experts died Wednesday morning, an official of the Secretariat for the Expert Assembly said.

‘The Ayatollah passed away at his home in Tehran around nine o’clock in the morning,’ said Hojattoleslam Hassan Sameei.
Born on March 21, 1925, the late Ayatollah was the former member of the Guardian Council and head of Al Ghadir International Foundation from the outset.
Before the 1979 Islamic Revolution, he was one of the leading opponents of the Shah regime who was imprisoned several times.