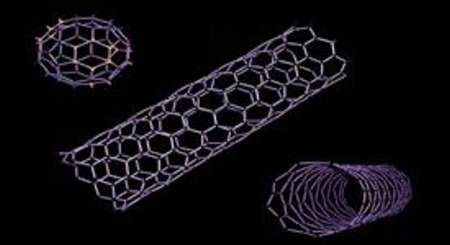 INSF was founded in 2003 with the approval of the Supreme Council of Cultural Revolution to support Iranian researchers and scientists.

Nanotubes are made from nanoparticles and measure only a few nanometers in ‎girth and length. Despite having numerous advantages, including high ‎elasticity, electrical and thermal conductivity, and hardness; nanotubes are ‎intrinsically hydrophobic, the fact that causes unwanted nanotube aggregations ‎and significantly decreases their functionality.‎

The study analyzed the effects of surfactant, which has both hydrophilic and ‎hydrophobic properties, on nanotube aggregations. To do so, carbon and ‎boron nitride ‎ nanotubes were exposed to aqueous triton X-‎‏100‏‎ surfactant ‎solution.‎

The results indicate that in the presence of surfactant, a space between ‎nanotubes are created, which leads to the dispersion of the aggregation. The ‎radial distribution functions (RDFs) of the atoms of nanotubes and hydrophilic ‎and hydrophobic segments of the surfactant with respect to atoms of water ‎molecules show that in the presence of surfactant, a layer of water molecules is ‎located around the nanotubes and hydrophobic and hydrophilic segments of ‎the surfactant reside at more distances of the tubes. The results also show that ‎triton X-‎‏100‏‎ surfactant is more effective in dispersing aggregations in boron ‎nitride ‎nanotubes than in the carbon ones.