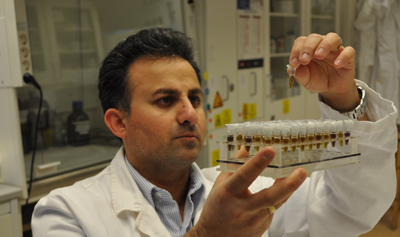 TEHRAN (ISNA)- 170 Iranian researchers have been enlisted as the world’s highly-cited scientists.

“Now 170 Iranian scientists in different fields have been enlisted as the world’s one hundred highly-cited researchers,” said Director General of Research Planning and Policy-making Department of Iranian Ministry of Science Mohsen Sharifi.

He added that based on the ISI and Scopus indexes, Iran respectively stands 18 and 16 in the world in terms of producing science.

He said that based on Scopus data, Iran comes first in the region in terms of producing science based on the number of its articles and scientific documents.