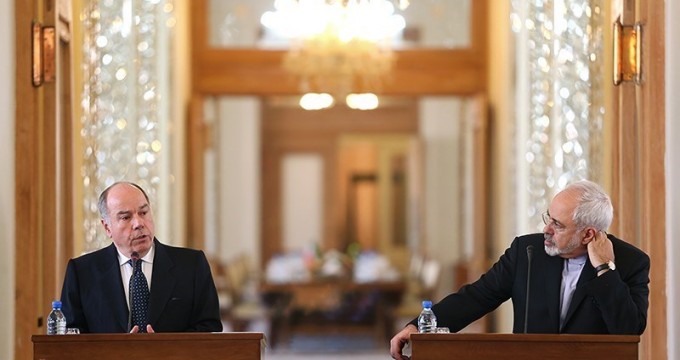 Zarif: US government should stop illegal Congress act against JCPOA

Tehran, Sept 13, IRNA – Foreign Minister Mohammad Javad Zarif said the US government has to stop any actions by the Congress against the Joint Comprehensive Plan of Action.

In a joint news conference with his visiting Brazilian counterpart Mauro Vieira here Sunday morning, he said the US administration is to stand accountable for execution of the nuclear deal signed between Iran and the 5+1.

He said that it would be considered a violation of the agreement if the US government not to do so.

He said that Iran is presently awaiting the completion of the procedure to implement the JCPOA and was quite ready to carry on with it.

Despite the fact that a small group in the region especially the Zionists together with a group of war-mongers inside the US were against any kind of agreement because of their own interests, he said, they seem to have failed in spite of massive investments they made.

Zarif said Iran regarded the present and next presidents of the United Nations responsible for implementing the JCPOA and their refusal to do so would be unjustifiable at any accounts.

The Brizilian foreign minister congratulated Zarif on the nuclear agreement with the 5+1 and described it as a victory for diplomacy and a point of departure in the history.
He further stressed the importance of exchanging delegations and said both countries favored expansion of relations.