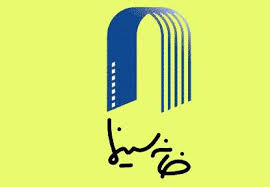 Four veteran cineastes were honored as part of the 17th House of Cinema celebrations at Eyvan Shams Hall in Tehran on Tuesday (Sept. 8).

“The same problems are recurring and despite bringing them to attention, it is of no avail,” he said, adding that he feels “embarrassed, as the change in administration has not seen any palpable change in the basic needs of artists.”

“This ceremony is not to appreciate efforts of the four who are among the treasures of Iran cinema, but to glorify cinema history” built up through trials and tribulations, Mir-Karimi said.

Pour-Samimi, 71, thanked the organizers and said, an outcome of the event is encouraging artists to improve and do better in future. At the same time it may imply that they have done their best and it is time to say goodbye, he said in a lighter vein.

Pointing to the new generation of cinema talent who are unfortunately replaced by non-talented actors due to their connections in cinema, he said, “With so many unprofessional people in our cinema and television, what will happen to the young talent?”

Pour-Samimi has acted in more than 50 films and TV series and has won three Crystal Simorgh awards for the best supporting actor at Fajr Film Festival.

Documentarian Varahram offered his commendation plaque to the young generation of documentary filmmakers for their courage and innovation in the field. “They have greatly influenced the field as they have dared to venture into unchartered territories.”

He has worked for over 40 years making films about different parts of Iran in a bid to keep local traditions alive.

“We want to honor Ali Rabiee as an ordinary citizen and not for his official status as minister. He is a man deeply aware of his social responsibilities whose support to cinema is rooted in his commitment and not position in the administration,” Mir-Karimi said.

Receiving a commendation plaque, Rabiee said, “Every generation has its own heroes and movies play an undeniable role in creating the people’s ideals at different times. Today’s generation is in need of hope and cinema can and should provide it.”

Cinema as a branch of art has passed different phases during its not so long history. It has experienced ups and downs but can never be substituted by any other form of art or industry, Rabiee noted.

“Iran cinema can bring joy to people”, and help overcome many of the social problems. It can bring back a spirit of respect, trust and hope. “The country needs movies that criticize and depict public demand and it has done so before,” he added.

September 12 is observed as National Day of Cinema annually and the House of Cinema awards the best of movies and cineastes. The formal celebration is slated for Friday (Sept. 11).