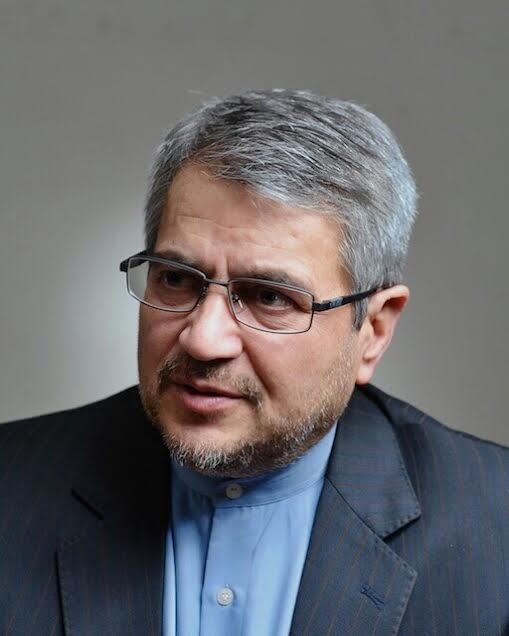 He made the remarks in an address before the High-Level Forum on a Culture of Peace held at the UN headquarters.
Criticizing certain countries for supporting those involved in wars and conflicts, Khoshroo said, “Today the world needs to move on from the terrifying monster of war to the beautiful culture of peace and friendship.”

The full text of his statement reads:
Mr. Chairman,
Excellencies,
Ladies and Gentlemen,
Let me start by thanking H.E. Sam Kutesa, President of the General Assembly for convening this meeting on the topic of ‘A Culture of Peace’. I believe the issue at hand today is of utmost importance, especially at this juncture; and forums like this may contribute by bringing together governments, the United Nations System and civil society to strengthen their partnerships for making the culture of peace a reality.

‘A culture of peace’ has always been at the core of the work of this organization. Seventy years ago, the founders of the organization, expressed in the preamble of the Charter their desire ‘to practice tolerance and live together in peace with one another as good neighbors’. After Seventy years, this issue is still of critical importance. If peace is the main pillar of this organization, then a culture of peace which serves as a basis for peace is critical. Peace cannot be sustained without a culture which nourishes and enhances it. Without peace, culture cannot exist and without culture, peace does not last long.

The question on how to foster such a culture has gained increasing relevance and urgency in the recent years, which is due to the rising maligned activities, especially in some parts of the world, by some wicked elements who are inherently opposed to peace, and the culture of peace is anathema to them. It is this dark and blind enmity to peace and tolerance, sponsored by some powers from inside and outside of the region, which has caused the unbearable plight of the people in our region, from Syria to Iraq.

Immature mentalities still exist in some powerful countries that leads them to believe that the solution to every dispute lies in threats, sanctions and war. They believe bullying and war-mongering is a panacea to solve all problems of the humanity. Their machines of war have great destructive capabilities, but does not have the capability to create interaction, partnership and peace.

Today the world needs to move on from the terrifying monster of war to the beautiful culture of peace and friendship. In order to reach a peace-seeking society and a free and fully developed humanity we must abandon the reliance on weapons of mass destruction and look to the life-giving culture of peace. War is the primary reason for insecurity, injustice and underdevelopment around the world. War-mongerers must reach the maturity of thought and realize that only by addressing humanity’s primary needs such as education, healthcare, environmental protection and sustainable development can we forward the cause of peace and friendship.

Mr. Chairman,
In few days, leaders of the world will gather in this same assembly to adopt the transformative Post-2015 Development Agenda, which is a truly ambitious agenda for the activities of the organization in the years to come. We believe that the culture of peace should be re-enforced in the context of the new development agenda. Peace and development go hand in hand. Under-development is one of the main root causes of tendency towards extremism, and without achieving a sustainable and just development for people all over the world, the issue of violent extremism cannot be tackled.

Some of the goals and targets of the Sustainable Development Goals (SDGs) are directly relevant to the issue of peace and a culture of peace. In this regard, we reiterate the importance of education, as stipulated in Goal 4, for both development and peace. Quality education and learning opportunities can instill the values of tolerance and moderation in the minds of young men and women, which prevents them from inscribing to dangerous ideologies of violent extremists. Also, promotion of peaceful and inclusive societies, as stipulated in Goal 16, will not only facilitate achievement of the Sustainable Development Goals, but also will contribute to promotion of a culture of peace.

Women, especially mothers, have a great role to play in this regard. Education of women on values of peace and diversity would be a long-term investment for promoting a more open and peaceful society for generations to come. A similarly prominent role can be assumed by media. Media have an indispensable role in forming the public awareness and combating stereotypes and misperceptions. Pro-peace media may immensely contribute to the culture of peace.
Mr. Chairman,
The Islamic Republic of Iran attaches great importance to all the issues pertinent to peace. We believe ‘a culture of peace’ is an important item in the agenda of the United Nations. Two years ago, my Government took initiative in proposing a General Assembly resolution on “A World against Violence and Violent Extremism” (or WAVE for short), which was adopted in this Assembly. The initiative came from His Excellency Dr. Hassan Rouhani, President of the Islamic Republic of Iran, in his speech in the General Debate of the 68th session of this Assembly. The widespread support this initiative enjoyed shows the importance of the matter in the eyes of the whole world, as well as the need for and urgency of a resolute, coordinated action on the part of the international community to address the rising phenomenon of violent extremism. The developments since adoption of the resolution bear witness to the relevance of the call and the necessity for urgent action by all nations to curb violent extremism.

We are ready to close ranks with other members of the international community to promote peace, moderation, dialogue and understanding among cultures, religions and civilizations and we reiterate our absolute adherence to peace and tolerance.