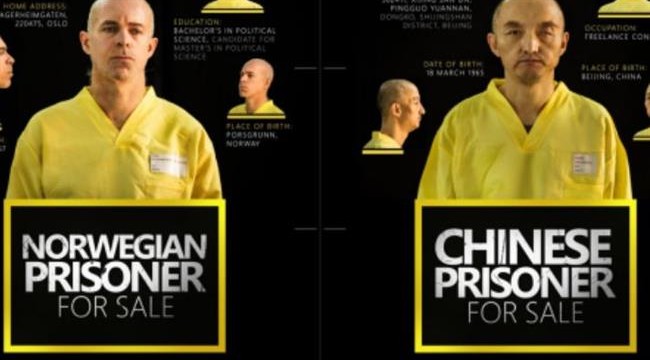 Daesh usually executes prisoners and releases gruesome videos of their executions over social media, but — in its latest despicable and inhumane act of terror — the terrorist group has put a Chinese and a Norwegian up “for sale.”

The pictures of Ole Johan Grimsgaard-Ofstad, 48, from Norway, and Chinese citizen Fan Jinghui, 50, were printed in the latest issue of the militant group’s online English-language propaganda magazine, Dabiq, posted on twitter on Wednesday, without giving further details about where or when they were taken or where they are currently being held.

“To whom it may concern of the Crusaders, pagans, and their allies, as well as what are referred to as human ‘rights’ organizations, this prisoner was abandoned by his government, which did not do its utmost to purchase his freedom,” read the message written under each man’s picture.

“Whoever would like to pay the ransom for his release and transfer can contact the following telegram number,” they said beneath the pictures, adding that this is a “limited time offer.”

No references were made to the amount of money required for the exchanges.

Norwegian Prime Minister Erna Solberg confirmed in a statement that a Norwegian national was being held by the terrorist group and that a special taskforce had been formed to deal with the issue.

“This is a serious and complicated affair,” she said. “Our objective is to bring our fellow citizen home safely to Norway.”

The Takfiris’ campaign of terror involves gruesome methods of torture and punishment such as videotaped beheadings, summary executions, and kidnapping and rape.