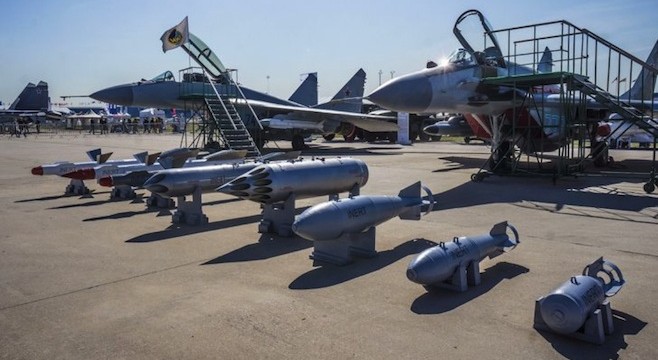 Moscow Peace Plan for Syria; A solution or another deadlock?

Tehran, Sept 9, The Iran Project – After the UN special envoy officially announced failure in the US-Russia backed Geneva II peace talks on Syria last year, there has been a serious challenge ahead of the international community: how to fill the void left by the peace talks?

With the great powers diplomacy largely inactive on the crisis, Russia has sought to step into the scene with a proposal for Syria peace talks in Moscow. Meanwhile, in response to the reports over the Russia military deployment in Syria, President Putin called it a “premature discussion”, but didn’t rule out such possibility in future.

In recent weeks, Moscow has been the host of an impressive number of senior officials from Saudi Arabia, Kuwait, Qatar, Egypt, Morocco, Jordan, the United Arab Emirates and Iran to discuss the Syria crisis. Although the Maks-2015 military exhibition has been announced as the official reason behind the visits, the concurrence of the visits has given rise to speculations that they discuss on the Syrian crisis. The visits come as Russia has hosted delegations from the Syrian oppositions and Assad government in the last few months in order to break the current deadlock in the Syria four-year crisis. To the observers, the Kremlin’s move primarily is to rebuild the Russia’s profile as the essential mediator in the Middle East conflicts.

The truth is that the Russia initiative after years of reactive diplomacy in the Middle East due to the preoccupation in Ukraine dilemma raises questions on its real motives. However, regardless of other involved intentions, the creation of a broad anti-terrorist coalition is one of the primary purposes of Russia’s diplomatic activity.

“We really want to create some kind of an international coalition to fight terrorism and extremism. To this end, we hold consultations with our American partners” Putin said on the sidelines of the Eastern Economic Forum in Russia’s Far East in Vladivostok. The Kremlin’s push for an anti-ISIS coalition is while the US-led coalition seems to reach a dead end in a back-and-forth conflict in Iraq. In this context, Russia has continually blamed the coalition’s operation, accusing the US and the Western allies of discriminatory use of terrorism in Iraq and Syria.

In fact, the reason for the Putin’s argument is that while the US and Western camp have cooperated with the Iraqi government over the anti-ISIS activity, they refused to cooperate with the legal authority in Syrian. To him, this, as an act of interference and a breach of international law, puts the legitimacy of the operations under serious question.

Among the latest diplomatic steps by Russia are growing speculations that Moscow is remarkably expanding the military involvement in Syria. Some other reports circulating the recent days even went further to claim that Russia is preparing to undertake an aerial attacks against the Islamic State in Syria, the reports which soon were dismissed by Kremlin.

However, during the economic forum in Vladivostok in response to a question about Russia intervention in Syria, Putin took a cautionary stance, saying it is too soon to talk about the intervention while reiterating the serious training and logistic support to the Syrian army.

Meanwhile, John Kerry, the US secretary warned his Russian counterpart that “the Russia military presence could further escalate the conflict”[8]. To the observers, the media accounts signal the Russia initiatives to intensify efforts in formation of a new broad coalition in which the US role seems blurred. According to the proposal disclosed by Putin in late June, despite the US-led coalition, the new Russian agenda would include the Iraqi and Kurdish, all anti-Jihadist forces and above all the Syrian government.

Despite Russia insistence that all countries jointly turn their guns at ISIS, it seems that the contradictory views of Moscow and Washington on the issue of Assad power carry a great deal of weight. While the Kremlin is pushing for a broad coalition to fight ISIS, including Iraqi and Syrian government, in the eyes of the Western camp terrorism in Syria is regarded as an offspring of Assad government’s policies and therefore necessitates his indisputable resignation. Yet, in the midst of the Russia diplomatic initiative to convene the Syrian opposition and government delegations in Moscow, Putin uncovered the Assad’s plan to share power with the “healthy opposition”, holding a snap parliamentary election with participation of the political dissidents.