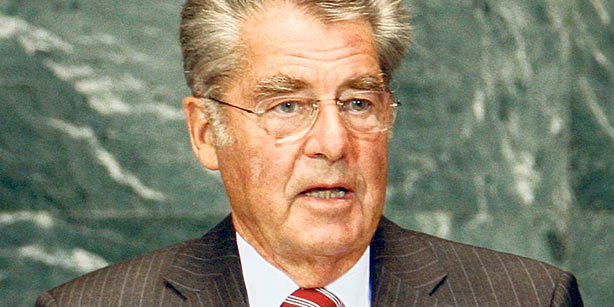 Tehran, Sept 9, IRNA – President of Austrian Central Bank, bank managers of the country and Austrian companies’ representatives in a meeting with deputy governor of the Iranian Central Bank on Wednesday expressed their determination to restore pre-sanctions’ economic ties.

Akbar Komeijani of the Iranian Central Bank in the meeting welcomed the Austrian economic delegation, arguing that the meetings with the European delegations is a blessing, as those sensitive meetings are the harbinger of a new chapter in Iran-EU, and especially Iran-Austria, banking and economic relations.
The deputy head of the Central Bank said that the high-ranking Austrian delegation’s meetings with the Supreme Leader of the Revolution, the President and other Iranian top-ranking officials is a sign of both sides’ will for reviewing and improvement of economic and commercial ties.
‘I hope the banking relations of Iran and Austria will expand so that the conditions for exchange of ideas, information and experience will be provided for both sides,’ he said.
Komeijani said that the prerequisite for establishment of prolific economic relations is having strong banking relations.
‘If the mentality and enthusiasm for expansion of economic relations do exist, then so long as soft and flexible banking relations are non-existent, they will become an obstacle for expansion of economic ties,’ he added.