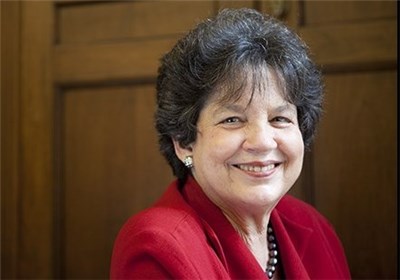 TEHRAN (Tasnim) – US representative Lois Frankel, a Democrat who represents Broward and Palm Beach counties, has expressed opposition to the nuclear accord reached between Iran and six world powers on July 14, a report said.

Representative Lois Frankel issued a statement on Monday, saying that she opposes the Iran nuclear deal “because it legitimizes Iran’s nuclear program after 15 years and gives Iran access to billions of dollars”, Tampa Bay Times reported.

“As members of Congress we have put ourselves in a complicated situation by weighing in after a deal has already been agreed to by top US negotiators, five partner nations, Iran, and the United Nations. It is an agreement that even ardent supporters admit is far from perfect, but argue that rejecting it may entail sobering consequences, including isolating the United States on the international stage, unraveling sanctions without any gain, and allowing Iran back on the path of building a nuclear weapon,” she further said.

According to reports, American lawmakers are scheduled to begin on Tuesday the process of reviewing the nuclear agreement.

The Republican-controlled Congress will work on a resolution to disapprove the Joint Comprehensive Plan of Action (JCPOA) when they return from a summer recess.

President Obama needs 41 votes in the Senate to filibuster procedural rule to prevent the resolution. So far 38 Senators, 36 of them Democrats and two independents, have come out in support of the agreement.

If the resolution is filibustered, it would be a major victory for the White House, which wouldn’t have to use President Obama’s veto pen to protect the accord.

Republicans hold 54 seats in the 100-member Senate and 246 in the House, which has 434 members and one vacancy.

Congress has until September 17 to pass the resolution. Obama then has 12 days to veto it and Congress has another 10 days to try to override his veto.

Because the disapproval measure is a House resolution, the House will consider the veto first, so a Senate vote may not be needed.

By Friday, 110 House members, all Democrats, had expressed support for the nuclear pact, and House Democratic leader Nancy Pelosi has said she is confident she will muster enough votes to sustain a veto.