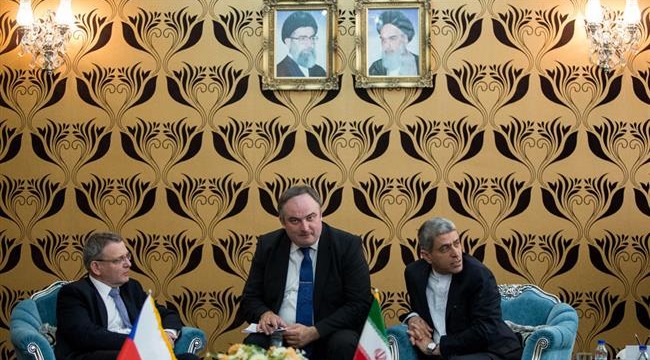 “During my previous visit to Prague, I raised the issue of drafting a roadmap of economic cooperation between Iran and Czech Republic. Fortunately, upon the agreement of both sides, the process started some time ago and now the roadmap is being finalized now,” Tayebnia was quoted as saying by the Iranian media.

He made the comments after a meeting with Czech Minister of Foreign Affairs Lubomir Zaoralek in Tehran on Monday.

“We hope that this roadmap can pave the way for the promotion of economic, trade and banking cooperation between the two countries,” he added.

The Iranian minister of economy also pointed to the recent customs and investment agreements between Iran and Czech Republic and said Tehran welcomes the presence of Czech investors in the county’s lucrative market.

“We are ready to expand cooperation with Iran in diverse industrial and trade sectors including agriculture, transportation, and technology transfer,” said the Czech foreign minister.

He also hailed the conclusion of nuclear talks between Iran and the five permanent members of UN Security Council plus Germany, saying that Prague seriously supports the nuclear agreement.

“Fortunately, the ground has been prepared for the removal of sanctions [against Iran] in the European Union and it is possible to expand trade ties between Iran and the EU,” Zaoralek was quoted as saying by the Iranian media.