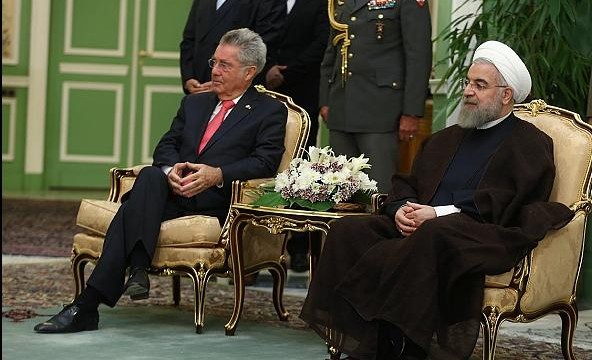 Iran’s coverage: Iran will discuss peace in Syria with any country, Rouhani says

Rouhani: Iran ready to hold talks on Syria with US, Saudi

Iran’s president says his country is ready to hold talks with the United States and Saudi Arabia on ways to resolve the Syrian civil war, providing such negotiations can secure peace and democracy in conflict-torn Syria.

Iran’s administration not to submit bill to parliament on JCPOA

Spokesman for Iran’s administration said the cabinet has no plans to submit a bill to the parliament on the finalized text of a nuclear deal between Tehran and six world powers, saying that handling of the case is within the purview of the Supreme National Security Council.

Prisoner swap for Rezaian not on agenda: Ejei

Iran’s Judiciary Spokesman Gholamhossein Mohseni Ejei said on Tuesday that prisoner swap for Jason Rezaian is not currently on the agenda of Judiciary.

Mexican Secretary of Labor and Social Welfare Alfonso Navarrete Prida welcomed cooperation with Iran in various fields of the oil industry , suggesting energy optimization as one of areas of bilateral cooperation in the post-sanctions period.

Iran will retaliate if P5+1 reneges on JCPOA promises: Larijani

The speaker of Iran’s parliament (Majlis) says Tehran will ‘retaliate’ in case the world powers break their commitments under the Joint Comprehensive Plan of Action (JCPOA) over the Iranian nuclear program.

Lawmakers returning to Washington from their summer recess are plunging immediately into bitter, partisan debate over the Iran nuclear accord.

Iran’s permanent representative to the International Atomic Energy Agency (IAEA) Reza Najafi said constructions in the Parchin military site are natural and not of the UN wathdog’s concern.

It will take a lot of work to determine by the end of the year whether Iran was previously developing nuclear weapons, the head of the U.N.’s nuclear watchdog said on Monday.