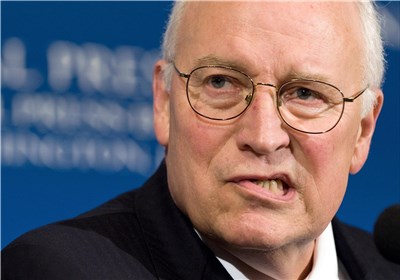 TEHRAN (Tasnim) – Former US Vice President Dick Cheney will call the July 14 nuclear agreement between Iran and world powers a “madness” in a fiery speech to be delivered today at the American Enterprise Institute, media reports said.

“It’s not, as President Obama claims, the only alternative to war. It is madness,” the Republican hawk will say to the institute, according to excerpts provided to CNN.

“This agreement will give Iran the means to launch a nuclear attack on the US homeland.”

“I know of no nation in history that has agreed to guarantee that the means of its own destruction will be in the hands of another nation, particularly one that is hostile,” Cheney will further say.

“Arming and funding Iran while simultaneously providing them a pathway to a nuclear arsenal is not an act of peace,” he will say.

The speech by Cheney comes as the US lawmakers are set to begin the process of reviewing the accord after returning from a recess.

The Republican-controlled Congress will work on a resolution to disapprove the Joint Comprehensive Plan of Action (JCPOA).