WASHINGTON — In an acknowledgment of severe shortcomings in its effort to create a force of moderate rebels to battle the Islamic State in Syria, the Pentagon is drawing up plans to significantly revamp the program by dropping larger numbers of fighters into safer zones as well as providing better intelligence and improving their combat skills.

The proposed changes come after a Syrian affiliate of Al Qaeda attacked, in late July, many of the first 54 Syrian graduates of the military’s training program and the rebel unit they came from. A day before the attack, two leaders of the American-backed group and several of its fighters were captured. 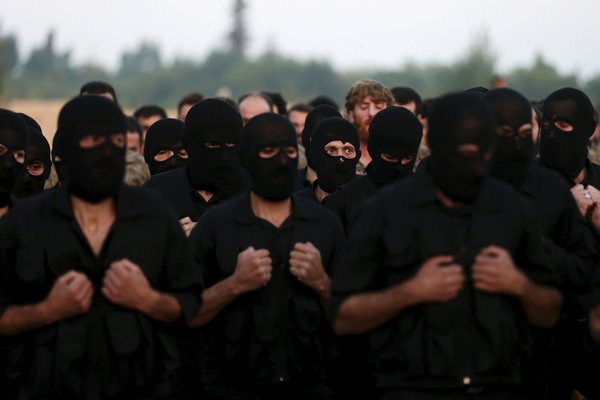 Refugees from Syria walked down the railway in Horgos, Serbia, on Sunday before crossing into Hungary.Exodus of Syrians Highlights Political Failure of the WestSEPT. 4, 2015
New Report of ISIS Using Poison Gas in SyriaAUG. 24, 2015
A photo released by the Islamic State shows a detonation in the 2,000-year-old Temple of Baalshamin in Syria’s ancient city of Palmyra.ISIS Speeds Up Destruction of Antiquities in SyriaAUG. 24, 2015
U.S. and Turkey Face Questions in Anti-ISIS EffortAUG. 13, 2015
graphic Turkey Agrees to Assist U.S. With Airstrikes Against ISISJUNE 12, 2014
The encounter revealed several glaring deficiencies in the program, according to classified assessments: The rebels were ill-prepared for an enemy attack and were sent back into Syria in too small numbers. They had no local support from the population and had poor intelligence about their foes. They returned to Syria during the Eid holiday, and many were allowed to go on leave to visit relatives, some in refugee camps in Turkey — and these movements likely tipped off adversaries to their mission. Others could not return because border crossings were closed.

The classified options now circulating at senior levels of the Pentagon include enlarging the size of the groups of trained rebels sent back into Syria, shifting the location of the deployments to ensure local support, and improving intelligence provided to the fighters. No decisions have been made on specific proposals, according to four senior Defense Department and Obama administration officials briefed on the matter, who spoke on condition of anonymity to discuss confidential planning.

“As with any difficult endeavor, we expected setbacks and successes, and we must be realistic with those expectations,” Capt. Chris Connolly, a spokesman for the American military task force training the Syrian rebels, said in an email. “We knew this mission was going to be difficult from the very beginning.”

The Pentagon effort to salvage its flailing training program in Turkey and Jordan comes as the world is fixated on the plight of thousands of refugees seeking safety in Europe from strife in the Middle East, including many fleeing violence of the Syrian civil war and oppression in areas under the control of the Islamic State, also known as ISIS. Officials in Washington and European capitals acknowledge that halting this mass migration requires a comprehensive international effort to bring peace and stability to areas that those refugees are now fleeing.

The 54 Syrian fighters supplied by the Syrian opposition group Division 30 were the first group of rebels deployed under a $500 million train-and-equip program authorized by Congress last year. It is an overt program run by United States Special Forces, with help from other allied military trainers, and is separate from a parallel covert program run by the C.I.A.

After a year of trying, however, the Pentagon is still struggling to find recruits to fight the Islamic State without also battling the forces of President Bashar al-Assad of Syria, their original adversary.

The willing few face screening, but it is so stringent that only dozens have been approved from among the thousands who have applied, and they are bit players in the rebellion. The program has not engaged with the biggest, most powerful groups, Islamist factions that are better funded, better equipped and more motivated. Even the program’s largest supporters now concede that the goal of generating more than 5,000 trained fighters in the first year of the program is unrealistic.

With the White House ruling out sending American advisers into Syria with the trainees, the biggest challenge may be deciding where and how to send the rebels back in.

“We don’t have direct command and control with those forces once we do finish training and equipping them when we put them back into the fight,” Brig. Gen. Kevin J. Killea, chief of staff for the American-led military operation fighting the Islamic State, told reporters in a video teleconference at the Pentagon last Friday. “If I had to point to a place where we could explore better lessons learned, that would be it.” 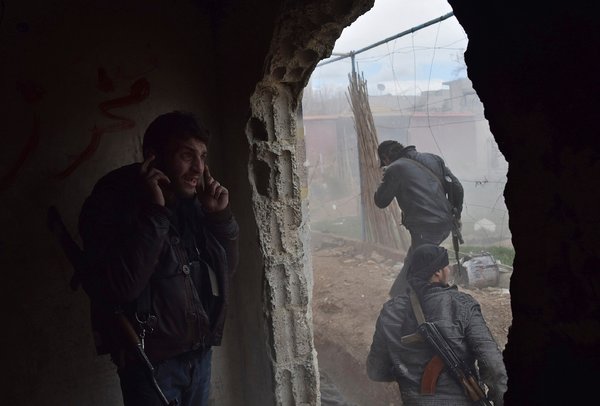 Rebel fighters from the Free Syrian Army during an attack on forces loyal to President Bashar al-Assad of Syria.

At least one part of the training program worked well: the ability to provide real-time air cover for the rebels once back inside Syria. Predator drones quickly rushed to help the Division 30 fighters once they came under attack from the Nusra Front, Al Qaeda’s affiliate in Syria, killing dozens of the attackers, American officials said. Nonetheless, Pentagon planners are reviewing their support for rebels both before and after they are sent back to the battlefield, to see how it can be improved.

Two Syrian rebel commanders interviewed recently in Turkey with fighters in the United States program described an initiative that had struggled from the start.

The group meant to accept the training program’s graduates, Division 30, was created from scratch earlier this year, and commanders of mostly small fighting groups from different parts of Syria were asked to submit names of fighters for training.

While most of the fighters were Sunni Arabs, Nadim Hassan, an ethnic Turkmen whom few people had heard of before, was named as its leader, a decision many rebels felt had been imposed by the Turkish government.

Some commanders were eager to participate. “It was supposed to be an organized army where no one had benefits over anyone else,” said Abdul-Razaq Freiji, who had defected from the Syrian Army early in the uprising and led a small fighting group near the central city of Hama. “We are military men and we like order, so we wanted training and organization.”

The trainees were to get good weapons and monthly salaries ranging from $225 for soldiers to $350 for officers, Mr. Freiji said.

The participating rebel commanders submitted lists of their fighters for training, but many were surprised by how few were accepted. Mr. Freiji submitted 1,100 names, but only 42 of his men were accepted initially.

The number of participants dwindled further after training began. Some recruits were sent home because they had come with fake identification cards, were under 18, or did not give proper answers when asked about the Islamic State, Mr. Freiji said.

Trainees learned to use American-issued M16 assault rifles, mortars and rocket-propelled grenades. Some were trained as snipers, while others were taught to identify targets for airstrikes by the American-led military coalition that is fighting the Islamic State.

On his phone, Mr. Freiji flipped through photos of skinny trainees in clean military uniforms wielding their new weapons. But new problems arose after the class of 54 graduated in July.

About a dozen returned to Syria to visit their families and were detained by the Nusra Front, Mr. Freiji said. While some have since been released, the episode emphasized how vulnerable the young recruits were to battle-hardened militants who have now been fighting in Syria for years.

Division 30’s leaders recognized this, so on July 30, Mr. Hassan, the group’s leader, and another commander, Farhan Jassem, entered Syria to meet with Nusra Front leaders and assure them that the American-trained force intended to fight only the Islamic State, according to Mr. Freiji and another Division 30 commander who spoke on condition of anonymity so as not to jeopardize his relationship with the Americans.

Soon after entering Syria, the two men and six others were promptly captured by the Nusra Front. They are still being held.

The next day, the Nusra Front attacked Division 30’s base in the village of Mariameen in northwestern Syria, an effort it said was to stop the American program before it could get a foothold in the country.

Mr. Freiji was in Turkey at the time but showed a text chat on his phone with a commander who was inside the base at the time. “We are surrounded,” the commander in Syria wrote.

Mr. Freiji called his liaison with the Americans and waited. More than two hours later, an American drone struck the Nusra fighters. A black-and-white video on his phone, apparently shot by an American drone, showed dozens of fighters he said were from the Nusra Front approaching the base before a large blast hit them, followed by automatic fire from the sky.

That attack threw the effort into disarray, with Division 30 fighters scattered inside of Syria and across the border in Turkey. “The Americans made the mistake,” Mr. Freiji said. “You can’t send in a group that small into Syria.”

He was still waiting to hear from the Americans how future graduates would be sent into Syria and protected.

Mr. Freiji said a number of trained Division 30 fighters recently joined other rebels in Marea, a village north of Aleppo that the Islamic State has been trying to capture for some time. He said the others welcomed the Division 30 fighters because they had been trained to call in coalition airstrikes.

The other commander involved with Division 30, who has dozens of fighters currently in training, said that instead of sending his fighters to the front lines to battle the Islamic State, he planned to send them to their original base, where they would be safe until the Americans had a convincing plan to protect them.

“We have to work with the reality that exists, not dreams and ideas,” the commander said.

This article was written by Eric Schmitt and Ben Hubbard for The New York Times on Spet. 6, 2015