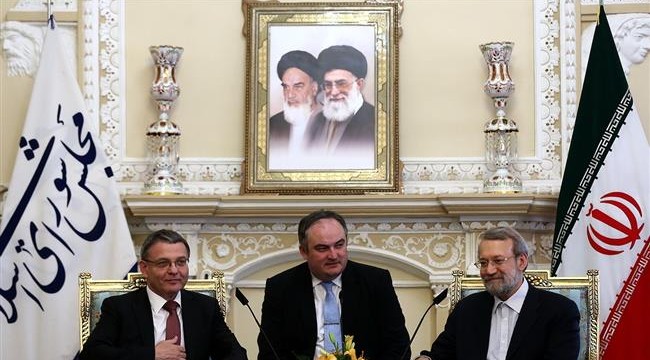 “The lifting of sanctions can open a new horizon in trade and commercial relations between Iran and the European Union [member states], particularly the Czech Republic,” Larijani said in a meeting with Czech Minister of Foreign Affairs Lubomir Zaoralek in Tehran on Sunday.

On July 14, Iran and the P5+1 countries – the United States, Britain, France, China, Russia and Germany – finalized the text of a nuclear agreement, dubbed the Joint Comprehensive Plan of Action (JCPOA), in the Austrian capital of Vienna.

Larijani further said the expansion of political ties between Iran and the Czech Republic would contribute to the promotion of bilateral economic and industrial relations.

He also underlined the need for Tehran and Prague to share experience in technological know-how.

“There are plenty of opportunities for the improvement of mutual relations in various political, economic and industrial sectors, which should be used to the interests of the two countries,” Larijani said.

The Czech foreign minister, for his part, said the exchange of visits between the two countries’ political and parliamentary delegations would help bolster economic and industrial cooperation.

Touching on the developments in the Middle East, Zaoralek stressed the importance of settling the Syrian conflict through political approaches and added that a military attack would fail to solve the ongoing crises in the region, particularly the tension in Syria.

According to the United Nations, the militant groups in Syria have forcefully displaced 7.6 million Syrians internally, and compelled some 4.6 million others to take refuge mostly in neighboring countries.