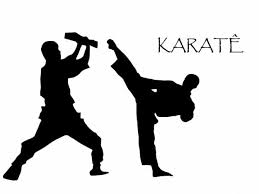 Iran’s national karate team has been putting on a remarkable perforamnce by so far having collected 2 gold, 2 silver and 5 bronze medals in the international event.

On Saturday which marked the second day of the tournament,  Iranian karateka Hamideh Abbasali defeated her competitors from Vietnam and Japan 6-0 and 5-3 in the march to the final bout of the women’s over 68-kilogram kumite division. She overwhelmed her Chinese opponent in the last competition and claimed the gold medal.

Also on Saturday, Sajjad Ganjzadeh conceded a 2-4 defeat to his Japanese rival in the final competition of the men’s over 84-kilogram kumite class and received the silver medal.

Two other bronze medals were also awarded to Zabihollah Poursheib and Elaheh Rezadadeh in the men’s minus 84-kilogram and women’s minus 68-kilogram kumite third-place contests.

Iranian women’s outfit did not manage to win any medals on Sunday, having conceded a 2-0 defeat to their Malaysian competitors.

Started in the Japanese city of Yokohama on September 3, the 13th edition of the Asian Karate Championships will run until September 6.