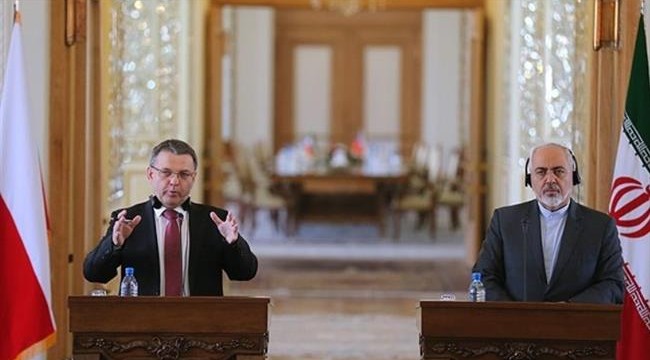 Tehran, Sept 6, IRNA – Foreign Minister Mohammad Javad Zarif said on Sunday that during his recent tour he reviewed campaign against terrorism with major governments in the region and expressed hope that the talks would help stability in the sensitive region.

Iran has proved it is constantly fighting with violence, extremism and terrorism and other governments should join the international campaign.

Zarif said that no one knows better than the US Secretary of State about terrorism, so it is time the US officials and other international activists instead of saying unrelated words to please the political pressure groups, understand the realities of the region and act upon it and do not put the region in more chaos.

He added that it is time the entire world face menaces of terrorism which led to displacement and outflux of refugees, violence and extremism for political issues.

Referring to visit of his Czech counterpart, Zarif said that Mr. Zaoralek is on a visit to Iran after several years, so he has a busy schedule in Tehran and Isfahan.

Zarif said that it is almost 90 years for mutual relations in the fields of industry, trade and private sector of both countries, so the ties may facilitate mutual cooperation.

Concern about dangerous phenomenon of extremism and terrorism as well as deterioration of the humanitarian crisis about the migrants, problem of narcotics and organized crimes are issues to be discussed in the meetings, Zarif added.

He said that this visit is a new beginning for relations between Iran and Czech Republic and we hope by expansion of economic, trade and cultural relations as well as political interaction, the two countries will strengthen bilateral ties.

We hope that international community understand this reality that helping extremism and destabilizing societies in our region is not beneficial for any country, the senior diplomat said.

He said that Iran is a forerunner in fight against Daesh and extremism and that the fight is not merely military and should go in parallel with cultural and economic measures.