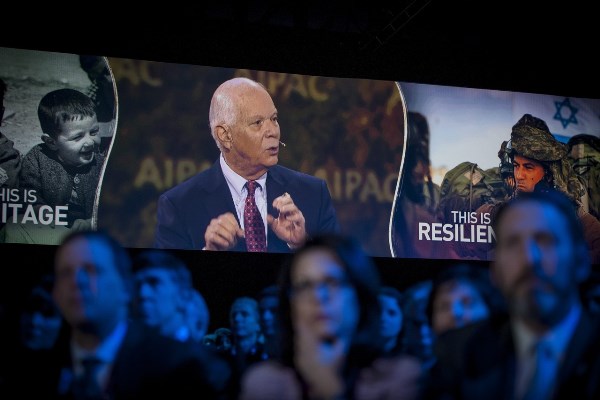 WASHINGTON — Senator Benjamin L. Cardin, the senior Democrat on the Foreign Relations Committee and a prominent Jewish voice in Congress, said on Friday that he would oppose the Iran nuclear deal, increasing the chance that President Obama will have to use a veto to prevent it from being scuttled.

While the president has been working to gain enough support to block a vote on a resolution to disapprove the deal and thus avoid a diplomatic embarrassment, Mr. Cardin’s announcement puts opponents close to securing enough votes to overcome any filibuster. Senator Mitch McConnell, the majority leader, said on Friday that it would be “outrageous” for Democrats to prevent a vote.

“The president has said he would probably veto it,” Mr. McConnell, Republican of Kentucky, said of the Iran resolution. “We ought to give him the opportunity to do that.”

Ayatollah Ali Khamenei, Iran’s supreme leader, during a ceremony in Tehran last month. He is widely seen as the architect behind the nuclear agreement.Iran’s Supreme Leader Orders Parliament to Vote on Nuclear DealSEPT. 3, 2015
U.S. Secretary of State John KerryCoordinated Strategy Brings Obama Victory on Iran Nuclear DealSEPT. 2, 2015
Iran Nuclear Deal Gains Momentum With Endorsements of Four House DemocratsAUG. 31, 2015
Representative Jerrold Nadler, Democrat of New York, in 2014. Mr. Nadler has announced his support for the nuclear accord with Iran.Iran Deal Opens a Vitriolic Divide Among American JewsAUG. 28, 2015
With Congress returning from its August break next Tuesday, Mr. McConnell said in an interview that the Senate would begin debate on the Iran deal on Wednesday afternoon after party meetings. He said no committee hearings would be held next week so that senators could give the resolution their full attention. And he said he did not anticipate amendments that could complicate the fight.

This article was written by  Carl Hulse and David M. Herszenhorn for New York Times on SEPT. 4, 2015.