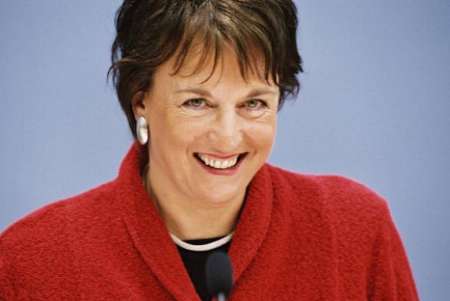 The Iranian agreement is fostering greater peace in the region. Boosting trade ties between Germany and Iran is also in fact part of promoting this regional peace process, she added.
German Vice Chancellor and Economic Minister Sigmar Gabriel embarked on a high-profile visit to Iran, only five days after the historic July 14 nuclear accord was sealed in Vienna.
Top German company representatives have been flocking to Iran in the wake of the Gabriel’s trip to the Islamic Republic, hoping to land lucrative multi-billion euro business deals in that country.
Meanwhile, Germany’s chambers of trade and commerce (DIHK), is striving to break the 10-billion euro export mark in Iran over the next four years as a result of the Iran nuclear agreement.
‘In the next two years, exports could more than double of exports to reach almost five billion euros,’ said DIHK chief foreign trade expert Volker Treier.
Germany and Iran have been the scene of numerous German-Iranian trade conferences and business delegation visits in recent weeks.

#IranDeal, Brigitte Zypries September 4, 2015
32 killed in US drone strike in eastern Afghanistan
US Promising Help to Keep Iran in Check in Middle East