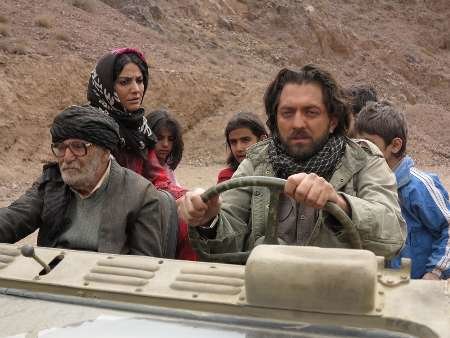 TEHRAN, Sep. 01 (MNA) – Iranian feature film A Tale of Love, directed by Ahmad Ramezanzadeh, will be screened at the 39th Montreal Film Festival, Canada.The Iranian war drama – based on 1980-1988 Iran-Iraq war (Sacred Defense) – will go on screen on Friday and Saturday, 4 and 5 Sep in the Focus on World Cinema section.

The Iranian flick, produced by Masoud Jafari Jozani, is set on the war between Iraq and Iran when Saddam Hussein’s forces attacked Halabja, a city in Iraqi Kurdistan, with bombs, artillery fire and chemical weapons, in particular nerve gas. Some 5,000 people are estimated to have died in the attack. An Iranian war photographer is the first man to enter the city following the massacre. There he meets a woman and a tale of love begins.

The other Iranian representative ‘Muhammad (PBUH)’, a religious biopic directed by Majid Majidi, was screened at the opening ceremony (August 27) of the 39th edition of the Canadian festival.

Other Iranian flicks which attended the event are Taboo by Khosrow Masoumi, Closer by Mostafa Ahmadi, Confessions of My Dangerous Mind by Houman Seyyedi, Death of the Fish by Rouhollah Hejazi, Unwanted by Borzou Niknejad, as well as Judgment Day directed by Karim Amini and A Time for Love by Alireza Raeisian.

The prestigious cinematic event will run from August 27 to September 7. It aims to encourage cultural diversity and understanding between nations, to promote filmmakers and innovative works, to discover and encourage new talents, and to promote meetings between cinema professionals from around the world.

Montreal World Film Festival is the only competitive film festival in North America, recognized by the International Federation of Film Producers Associations (FIAPF).