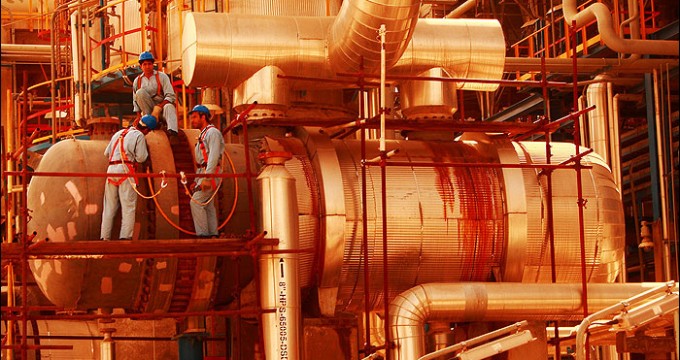 TEHRAN Sept. 01(Shana)—Construction of Marvdasht Petrochemical Plant has made 96% physical progress and the project is developing as planned.

Aimed at an annual output of 1.7 million tons of urea and ammoniac, the plant is being constructed with IRR2tr of investment and proceeds 0.47% per month.

The plant will be fed by 1bcm/y of natural gas recovered from South Pars gas field.

Granular urea, with a 46 percent nitrogen content, is a solid nitrogen fertilizer product. Produced from ammonia and carbon dioxide, it has the highest nitrogen content of any solid nitrogen fertilizer. Urea can be applied by itself or easily mixed with phosphate and/or potash fertilizers, often as part of a total N-P-K (nitrogen, phosphate, and potash) plant food mix. As a granular product, urea can be applied directly to the soil using conventional spreading equipment.