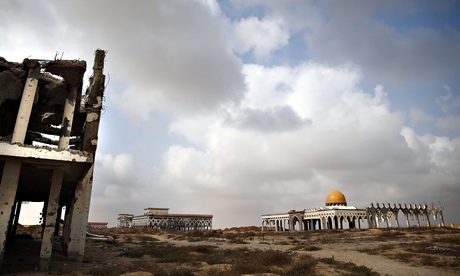 The Tel Aviv regime has launched a missile attack on the north of the besieged Gaza Strip, Israeli media say.

According to The Times of Israel, Israeli warplanes targeted a base belonging to the Palestinian resistance movement of Hamas early Thursday morning. Two missiles were reportedly fired in the attack.

There is still no word on the possible casualties of the airstrike which was the second of its kind against Gaza over the past week.

The attack reportedly follows “sniper fire” from the base which hit several houses in the Israeli town of Netiv Haasara, north of the besieged coastal sliver, The Times of Israel claimed, adding that no one was killed or injured in the incident.

Gazans grapple with unemployment, poverty and a declining standard of living on a daily basis as the region has been blockaded since 2007.

In a report issued on September 1, the United Nations warned that the Gaza Strip may become uninhabitable by the next five year unless Israel’s grueling blockade is lifted.

“Gaza could become uninhabitable by 2020 if current economic trends persist,” the UN Conference on Trade and Development (UNCTAD) said in its annual report, adding that the Israeli blockade has “ravaged the already debilitated infrastructure of Gaza, shattered its productive base, left no time for meaningful reconstruction or economic recovery and impoverished the Palestinian population in Gaza.”