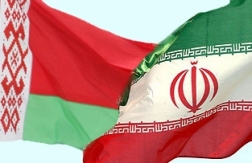 Tehran, Sept 2, IRNA – Head of parliamentary commission on judicial and legal Affairs Allahyar Malekshahi on Wednesday called for joint cooperation with Belarus in campaign against organized crimes, drug and human-trafficking.

According to the IRNA parliamentary correspondent, members of parliament from judicial and legal commission is on a visit to Belarus.
They met with their counterparts from Belarus parliament as well as head of Supreme Court and discussed issues including reforms in judicial system and judicial cooperation between the two countries.
Head of delegation Allahyar Malekshahi explained Iran’s judicial system structure and legal proceedings.
Last week, member of parliamentary friendship group of Iran and Belarus, during their visit to Minsk, capital of Belarus, met with Deputy Minister of Foreign Affairs Valentine Rybakov and called for implementation of all the agreements already signed between the two countries.