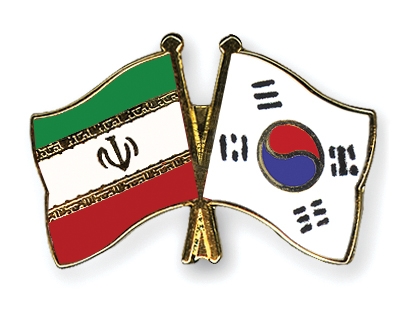 “The amount of Iranian oil imports has halved since the sanctions, but the quality of Iranian crude oil is quite good and its condensate is very useful,” Woo Tae-hee told Korean media after his recent official visit to the Islamic Republic.

The Korean official added that if sanctions imposed on Iran are lifted, “we may have to discuss increasing the oil imports once again.”

Iran reached an agreement with the P5+1 group of countries – the US, the UK, France, Germany, China, and Russia – in Vienna on July 14, known as the Joint Comprehensive Plan of Action (JCPOA). According to JCPOA, sanctions against Iran’s economic sectors, including oil and gas industry, will be lifted in return for certain restrictions on Tehran’s nuclear program.

According to Korea Herald, during their stay in Tehran, the Korean delegates met and conferred with respective Iranian authorities and businesspeople to confirm mutual interest in energy and infrastructural projects.

The paper also quoted Woo as saying that Iran is planning to attract a large amount of foreign investment, including $15-$18 million in renovation of its oil production facilities and other projects.

“The Iranian government officials have been very friendly to the Korean government and businessmen. They acknowledged that several companies, including Daelim Industrial [group], have stayed in Iran during the hardships, such as the Iran-Iraq War (1980-1988) and more. We have detected a lot of business opportunities there,” the Korean deputy minister noted.

Korean analysts believe that once US-led sanctions against Iran are lifted, Seoul will encourage South Korean companies to invest more in Iran.

According to the report, Iran is South Korea’s third largest export destination in the Middle East. Seoul exported $4.2 billion worth of goods to Iran in 2014, with Iran exporting $4.6 billion worth of commodities to South Korea during the same period.