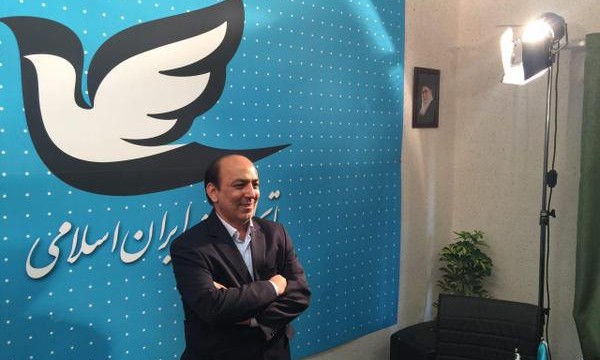 Iranian media reports say that the leader of the newly established reformist National Unity Party has been released after being detained for several hours in Tehran.

The state news agency IRNA on August 31 cited a member of the party’s central council as saying that Ali Shakouri-Rad was released on bail.

The reason for his detention was not clear.

IRNA said Shakouri-Rad had been summoned to court in connection with his travel ban.

Earlier on August 31, the hard-line Fars news agency, which has close ties to the Islamic Revolutionary Guards Corps, quoted an unnamed judiciary source as saying his detention was related to a previous criminal case against him.

Shakouri-Rad was detained for several weeks in 2012.

Before his detention on August 31, Shakouri-Rad spoke at his party’s first press conference, criticizing the powerful Guardians Council’s vetting of candidates for public office and discussing the party’s plans for next year’s parliamentary elections.

He said their priority is to first prevent “radicals” from entering the future parliament, and then to ensure that reformists gain seats in the parliament, which is currently controlled by conservatives and hard-liners.

He also said that to counter a possible disqualification by the Guardians Council, reformists should run for office en masse.

Hard-liners have criticized the National Unity Party, saying that most of its members are from the Islamic Participation Front, which was banned following the 2009 unrest over the disputed presidential vote.

During the press conference, Shakouri-Rad said the “sensitivities” over his party are unfounded.

He said that key members of the Participation Front, including the brother of Iran’s former reformist president, Mohammad Khatami, are not members of the National Unity Front that was established last month.

Iran’s reformists, who have been sidelined and repressed in recent years, are trying to organize themselves for a potential political comeback in the February 2016 parliamentary elections.

Guardians Council members and other hard-line officials in recent months have warned that “seditionists” — a term commonly used to describe opposition members who protested former President Mahmud Ahmadinejad’s disputed reelection in 2009 — will not be allowed to win seats in the future parliament.

In his press conference, Shakouri-Rad dismissed the use of the term “sedition,” saying that it does not have legal relevance.

He said the approach of his party is to look toward the future rather than looking back at “bitter” past issues.