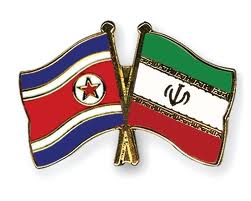 “Despite the fact that North Korea is under sanctions by the enemies and has abundant problems in economic issues, we try to obviate these problems and develop our trade relations with Iran,” Kang told FNA on Sunday.

“We also endeavor to develop ties with Iran in oil, agricultural, fishery and animal farming fields,” he added.

Kang called for the Iranian and the world media support for North Korea at the present juncture, and said his country is also trying to boost trade and economic cooperation with other states.

In a relevant development in January, Iranian President Hassan Rouhani in a meeting with Kang underlined the necessity for the further consolidation of cooperation with Pyongyang against the bullying of certain world powers.

“The sanctions against North Korea have merely harmed the country’s people. We have always condemned the illegal sanctions and pressures and we should resist against those who are unrighteously seeking more power, through cooperation,” Rouhani said during the meeting in Tehran.

He underlined Iran’s support for the establishment of peace and security in the Korean Peninsula, and said the two Koreas should move towards unity and settle their problems through talks and understanding.

Hyon, for his part, stressed his country’s enthusiasm for the further development of ties with Iran, and said the Iranian government and nation had gained great success in foiling the US plots and defending the country’s nuclear rights.