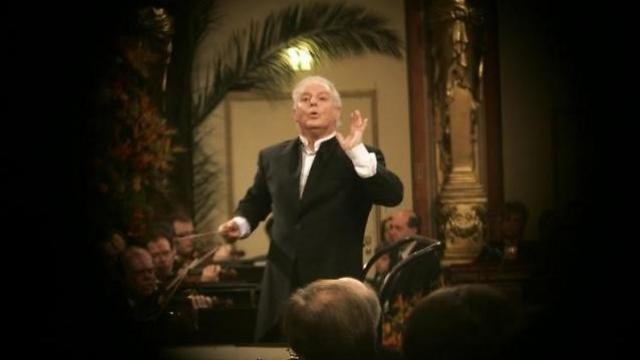 Famed Israeli orchestra conductor Daniel Barenboim may conduct a historic concert in Tehran, reports said this week. Music and cultural sites in Germany and the world over have recently reported ongoing contacts between the Iranian Ministry of Culture and Islamic Guidance, and the Staatskapelle Berlin (the Berlin State Opera’s orchestra), whose current musical director is Barenboim.

During the peak of negotiations between Iran and world powers last month, contacts within the prestigious orchestra reported that the collective was asked to escort German Chancellor Angela Merkel on her first official trip to Tehran.

According to classical music website Slipepd Disc, inquiries were already being made at the time surrounding a tricky question: If the negotiations end in a deal, and the trip does occur, will Barenboim be eligible for a visa in light of his Israeli citizenship?

It is highly likely that Barenboim will be given some special consideration, thanks to the fact that he received Palestinian citizenship five years ago because of his consistent support for the Palestinian cause.

No official announcement has been made so far regarding Merkel’s trip to Iran. However, reports emerged Tuesday claiming that negotiations with the orchestra were almost completed.

Baharan Jamal, the head of the music division in Iran’s Ministry of Culture and Islamic Guidance, said Tuesday that negotiations are in fact taking place in order to bring the Berlin Orchestra to Tehran for its fist performance in Iran since the Islamic Revolution. Jamal did not directly address the issue of Barenboim’s visa or whether the trip would occur during Merkel’s official visit.