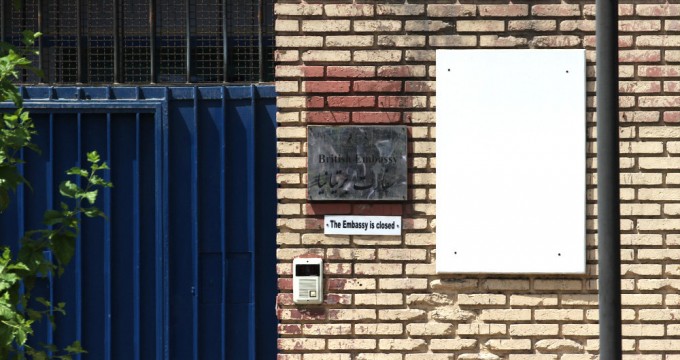 Why Britain called ‘Volpone, or the Fox?’

TEHRAN, Aug. 25 (MNA) – Four years after closing of British embassy in Tehran, Philip Hammond of the Britain has now opened the embassy, with a charge d’affaires settling in to attend his duty.

The reopening of the embassy incited ambivalent reactions among different spectra of the politically literate; all these were carrying a common theme of voicing concerns over the reopening of the embassy or the ‘den’ of the ‘old fox,’ an epithet used since long by the Iranians for Britain. The epithet would seem quite unintelligible for the uninitiated in the history of Iran and British difficult terrain of political relations since the 19th century or it may be vague enough to deprive the present piece’s major objective: Why Britain is called ‘old fox?’

The following tries to shed some light on the epithet and the history behind; the deception, colonialism, and treacheries the British governments and different generation of politicians of the island had exploited in order to stick to their agenda in the Middle East and especially in Iran during at least recent 100 years would provide the non-Iranian with an acceptable image of and insight into the using of the sly fox to define the historical role of the Britain. Now, we come to these examples:

1- The effective role in deviating the Constitutional Revolution of 1905

The Constitutional Movement since the beginning was an attempt to free the country from domestic absolutism and to spread the rule of justice; however, thanks to the British embassy’s uninvited and unwelcome interference, it stranded into the wilderness of the British-style constitution.

The coup d’état was directly organized and implemented by the British embassy, with General William Edmund Ironside playing the main cast, who ordered Herman Norman to appoint Reza Khan the Mirpenj as military leader and Seyed Zia as the political leaders of the coup and to make the necessary coordination with these two. In doing so, Ardeshir the ‘reporter’ had been crucial as intermediary.

William Knox D’Arcy was awarded the privilege of oil production in southwest after the discovery of oil for the first time in Masjed Soleiman in Khuzestan in 1907. D’Arcy exploited the oil income to the near plundering of the national wealth. Nationalization of the Oil Industry was in fact a response to this plundering and saving it for the impoverished nation. The British, faced with the prospect of disapproval in the national parliament of the ‘Gass-Golshayan’ agreement, brought the case before the International Court in The Hague and the UN Security Council as well, however to no avail, and resorted to military threat by dispatching Basil R. Jackson, the Deputy Chairman of the Anglo-Iranian Oil Company (AIOC) and Sir Richard Stokes.

The British, disgruntled by the International Court ruling against the Anglo-Irish Oil Company and for the Iranian government, embarked on a coup against the democratically elected cabinet of Dr. Mohammad Mosaddeq. MI6 operatives worked in close collaboration with US CIA during the coup, (codenamed ‘Boot,’ but changed later to ‘Ajax’) which had the support of the BBC and the leadership of Monty Woodhouse, MI6’s station chief, pushed the coup to the definitive outcome.

British embassy had been, along with US and Israeli embassies, in fact ‘think tanks’ to provide advice to the Shah’s oppressive wings of the government as SAVAK (Persian acronym for ‘Country’s Intelligence and Security Organization’), the police, etc. to crack down the Revolutionarie.

During the unrest, several examples of the British rule in fueling the rioters after the election brought the situation into extremes:

These historical bodies of evidence are part of the Britain’s deceptive and vulpine nature against the Iranians, which provides the strong basis for the epithet, which aptly defines the nature of ‘old fox.’