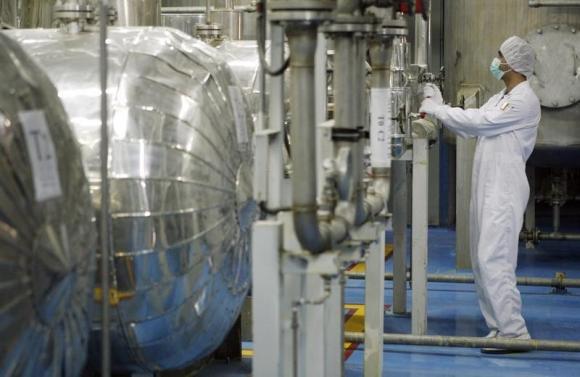 Under the deal, Iran will export its enriched uranium to Russia.

“Such contacts are constantly being held on the expert level, as the export of such materials is a complex task and requires certain technical measures, including to ensure the safety of shipments,” Kabulov told RIA Novosti.

“Very soon, in September, Vagit Alekperov is going on a visit to Iran,” Kabulov said.

Russian companies “need to act quickly, because competitors are not sleeping,” the diplomat said, commenting on the development of Russia-Iran relations following the signing of the Iran nuclear deal.

Russia-Iran Commission to Discuss Resumption of Frozen Bilateral Projects
The Russia-Iran intergovernmental commission will meet this fall to consider the resumption of joint projects that were frozen over international sanctions against the Islamic Republic, Kabulov said.

“Western sanctions that were not supported by the UN Security Council strongly influenced the trade with Iran. The removal of these restrictions would finally allow them to resume previously agreed projects.”

According to the diplomat, Iran is highly interested in exporting food products to Russia, and Iranian companies are actively trying to enter the Russian market, not only through the government, but also through contacts with Russian regions.

“We support and welcome this,” he said.
By Sputnik News