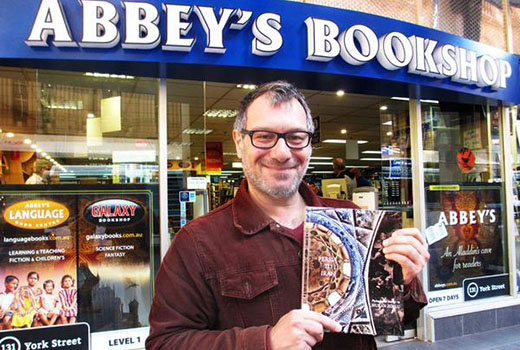 Persia to Iran published in Australia

The book is a travelogue which describes visits to ancient sites of Iran and encompasses topics that help the audience get familiar with the country.

The book ‘Persia to Iran’ by Nuran Zorlu, an artist and photographer, was published by efforts of Iran’s cultural attaché to Australia.

The Public Relations Office of the Islamic Culture and Relations Organization was quoted by Iran’s Book News Agency (IBNA) as saying that a book entitled ‘Persia to Iran’ was published by the Iranian Cultural Office in Australia with a print run of 2,000 copies.

The book is a travelogue which describes visits to ancient sites and spectacular parts of Iran and encompasses very interesting topics that help the audience get familiar with Iran and encourage tourists to visit the country.

The book has been registered in the National Library of Australia and provided to book shops by one of the most prestigious Australian publishing houses within and beyond the country.

The Iranian cultural attaché has bought 700 copies of the book from the author and intends to offer it as a gift it to political and cultural figures and centers.

On the author of Persia to Iran

Nuran Zorlu was born in an Armenian family in 1965 in Istanbul, Turkey. He graduated in philosophy from the University of Istanbul in 1987 and received his master’s degree in photography.

He settled in Australia in 1998 and is now an Australian citizen. He is working as a professional photographer and specializes in photographing ancient monuments and nature.

His photos have been published in many international magazines including Vogue, Marie Claire, Harper Bazar, etc.

During his trip to Iran, Nuran Zorlu presented his observations in the frame of different photographs from archeological sites and interesting sights. He visited many cities, including Maku, Jolfa, Tabriz, Orumiyeh, Sanandaj, Kermanshah, Hamedan, Qom, Isfahan, Yazd, Shiraz and Tehran.