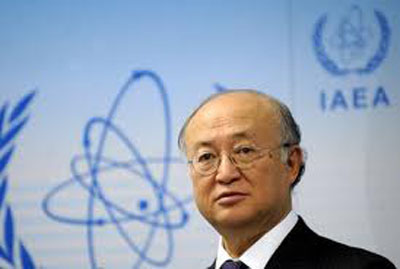 The U.N. nuclear watchdog needs more money to carry out its role under a deal to curtail Iran’s nuclear program, its chief Yukiya Amano said on Tuesday, putting the annual cost for the agency at 9.2 million euros ($10.63 million).

The costs for the International Atomic Energy Agency’s (IAEA) verification and monitoring activities in Iran have so far been met through extra-budgetary contributions from member states, Amano said.

He called on member states to provide the IAEA with the money it needed for its work inIran and said the 800,000 euros per month it had already received would be exhausted by the end of next month.