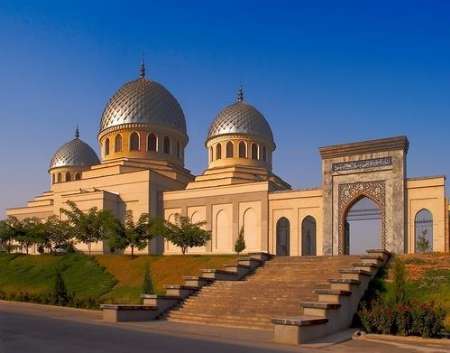 Tehran, Aug 18, IRNA – The Uzbek capital city of Tashkent will have a new mosque one year after the inauguration of the city’s Minor Mosque.

The new Muslim place of worship will be built in Mirza Oluqbeig district of the capital, AKI press reported.
The Muslims Board of Uzbekistan (MBU) has allocated a plot of land in the district for building the mosque.
Once completed, it will accommodate up to 2000 worshippers.
Minor Mosque was launched by MBU in Tashkent’s central district in 2014. It accommodates 2,400 people and is one of the biggest mosques in the Central Asian country.
The Muslim Board of Uzbekistan (MBU) oversees mosque operations, religious instruction, Muslim clergy, and Muslim proselytism, in addition to other Islamic activities in Uzbekistan.
Islam is the dominant religion in Uzbekistan, as Muslims constitute 90 percent of the population.