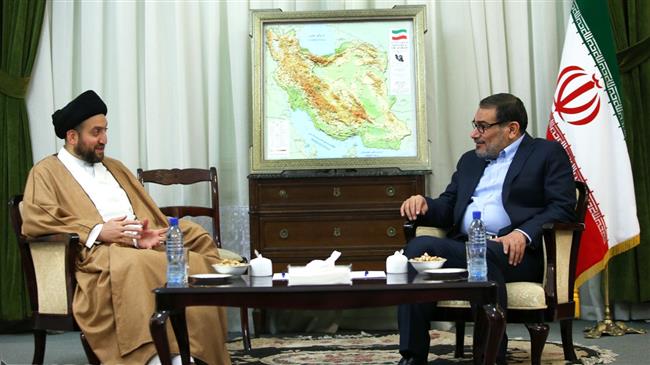 Iran senior official: US not after ISIL annihilation

TEHRAN (ISNA)- A senior Iranian official reiterated that the US is not after annihilation of the ISIL, but uses the terrorist group for its long-term influence in the region.

“The US is not seeking annihilation of the ISIL, but is using it as a tool of propaganda for legitimizing its long-term influence in the Middle East and Islamic states,” Secretary of Iranian Supreme National Security Council Ali Shamkhani said in a meeting with Head of the Islamic Supreme Council of Iraq (ISCI) Ammar al-Hakim here in Tehran.

He also called on Iraqi government and Army to use their capacity specially public forces to uproot the regional threat.

Shamkhani said that ISIL is a political plot which tries to sow discord and serve interests of Zionist regime under the excuse of religion.

The Iranian official said that the US scandal in training and arming new terrorist groups sent to Syria to find extremists in the country but pledged allegiance to al-Qaeda is an apparent sign of using terrorism as a tool.

Ammar al-Hakim, for his part, said Iraqis would stand against all foreign plots which are after spread of disagreements, and welcomes cooperation and interactions with neighboring states to defeat terrorists.