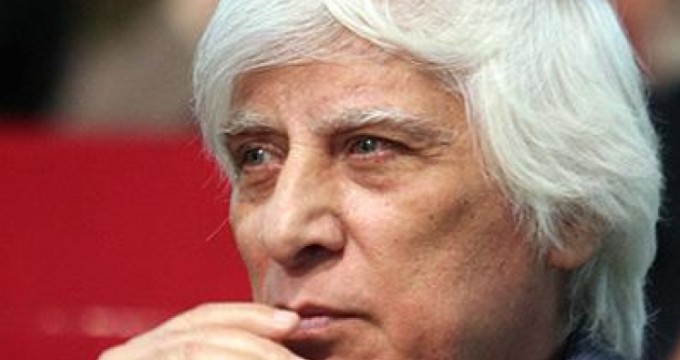 The play is on Bahram Beyzai (cinema and theatre director), Mosavat said. “The story is not about his legal identity, but portrays ‘Beyzaic’ culture in three sessions.”

Beyzai is one of the few people who preserved the ethos of Iranian theatre. “Iran theatre owes him its identity. He helped drama with his scientific contributions and long-term studies” and the play is a tribute to his unsparing efforts, ISNA reports.

The show will be staged for the public at Sanglaj Hall in late September, after being performed at the theater festival slated for August 26-September 1.

He is the son of poet Nematollah Beyzai (best known by his literary pseudonym Zokai Beyzai) and belongs to the Iranian New Wave films, a movement that started in the late 1960s.

Beyzai’s plays are known as masterpieces of twentieth-century drama. His ‘Drama in Iran’, published in the late 1960s, is still considered the most important text on the history of Iranian theater. He is also the first scholar in Iran to publish books on theater in China and Japan.

Some of his plays such as ‘Marg-e Yazdgerd’ (Death of Yazdgerd, the 38th and last king of the Sasanian Empire) have been filmed.