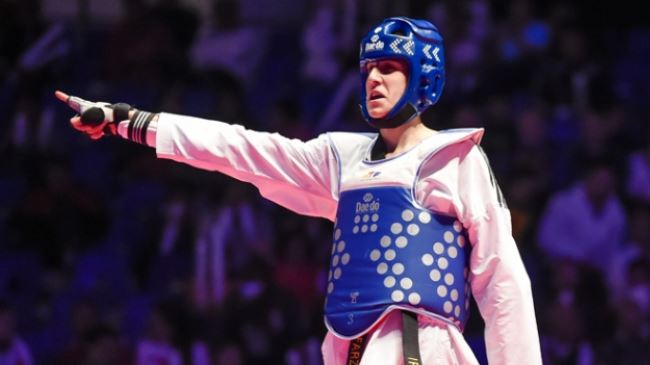 After two days in the 2015 World Taekwondo Grand Prix of Moscow, the South Korean men are still gold-less as three golds have been clinched by taekwondokas from Iran, Uzbekistan, and the Ivory Coast.

On the first day of the competitions, Iran’s Shokraneh Izadi of -67 kg category lost her first encounter to Korean Hyeri Oh who later in the day grabbed the gold medal of the category while the other Iranian Akram Khodabandeh was successful in her first match to defeat Macedonian Petra Matijasevic but lost her second staging versus Russian Karina Zhdanova in +67 kg class.

The second day was a happy occasion for Iranians as the Iranian 18-year-old prodigy won over Brazil’s Carlos Navarro 8-5 in the last contest, and collected the gold medal of -58 kg weight division at the Dinamo Krylatskoye Gymnasium in northwestern Moscow.

The other Iranian athlete who went on the mat on the second day of the event was Masoud Hajizavareh in -80 kg category who won his first two fights but was beaten finally by the American Steven Lopez.

The 2015 WTF World Taekwondo Grand Prix Series 1 opened in the Russian capital Moscow on August 14, and wrapped up on Sunday night.

A total of 50 international referees also officiated at the tournament.