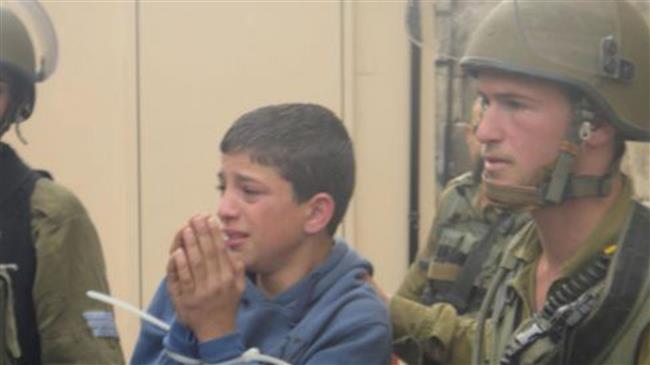 The Palestinian Authority (PA) says Israel is allowing its soldiers to carry out “field executions” against Palestinian youths.

The PA Foreign Ministry said in a statement on Sunday that Tel Aviv gave its forces the green light to kill Palestinians.

The statement said that “the ministry affirms that the field executions practiced by the occupation forces against Palestinian teenagers is in accordance with the policy” of Tel Aviv.  “They are also in line with the inflammatory instructions that give the occupation soldiers a green light to facilitate the opening of fire and the killing of Palestinians.”
The statement also said that the PA was preparing a report on Tel Aviv’s “field execution” in order to file charges with the International Criminal Court (ICC).

The Palestinian ministry added that the deadly violence on Palestinians should be directed against illegal Israeli settlers who have recently increased terrorist attacks against Palestinians.

The remarks come a day after a Palestinian teenager identified as Ahmad Kamel Taj was shot dead by Israeli forces near the West Bank village of Tubas after he allegedly left an Israeli soldier slightly injured in a knife attack.

Mourners carry the body of 21-year-old Ahmad Rafiq Taj, a Palestinian who was shot dead by Israeli forces, in his funeral procession on August 16, 2015 near the West Bank village of Tubas. (AFP photo)

The PA further said Israeli forces executed Taj, adding he was left to bleed to death after medical teams were prevented from saving him.

Late last month, an attack carried out against a Palestinian home in the town of Duma by Israeli settlers triggered widespread outrage after Palestinian toddler Ali Sa’ad Dawabsheh was burned to death. His father succumbed to his injuries days later, while his mother and brother remain in critical condition.

According to the Palestine Liberation Organization (PLO), Israeli settlers have carried out over 11,000 attacks on Palestinians and their property since 2004.