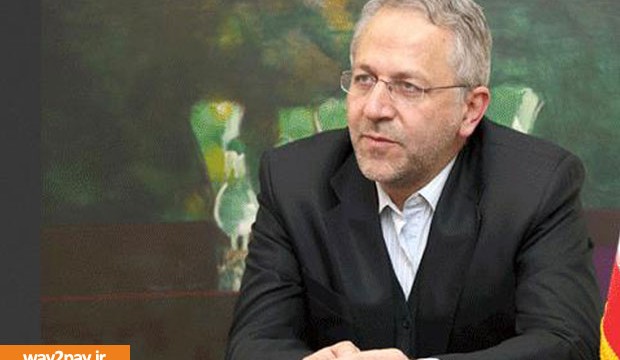 Iran to work with WB at own pace

The oil exporter will seek to reconnect with international agencies at a measured pace and cooperate with them while maintaining its policymaking independence.
“[Our] economic diplomacy should be designed based on the country’s new political direction after the nuclear deal,” Farhad Nili said in an interview with the weekly magazine Tejarat Farda, a sister publication to Financial Tribune.

Nili has a lot of arbitration to do to improve ties with the World Bank.

Cooperation with the bank could help Iran on its path to recovery from deep recession experienced in the past couple of years. Stronger ties would also assure foreign investors of Iran’s economic policies, leading to increased investment in the world’s 29th largest economy in nominal GDP terms.

“We must not act rashly in the reconnection process,” said the former head of Monetary and Banking Research Institute.

Nili pointed to negotiations between Iran and P5+1—United States, Britain, France, Russia, China and Germany—which culminated in a comprehensive deal that once implemented will remove sanctions against Iran in exchange for mothballing parts of its nuclear energy program, saying “interaction with international institutions is not contradictory to the country’s considerations.”

“During the negotiations, Iran sent an important message to the world, that we do not deny having differences with P5+1. Incidentally we have fundamental differences. But we can set our differences aside and invest on our commonalities,” Nili said.

He said his work at the World Bank would be along the same lines, as those set out by Iran’s nuclear negotiations team headed by Foreign Minister Mohammad Javad Zarif.

“We can create mutual commitments on common ground. Obviously our commitments will be conditional on the counterparty’s fulfillment of obligations,” Nili said.
Iran has not received any assistance from the World Bank in recent years, despite contributing to the bank.

When questioned on policies championed by the International Monetary Fund and the World Bank, Nili said: “Definitely their proposals are not always right and have mistakes, but we don’t have any alternative for them in the world. So the general rule is to hear their advice but not be subservient to their policies.”

The World Bank has long been criticized by non-governmental organizations, such as the indigenous rights group Survival International, and academics, including its former Chief Economist Joseph Stiglitz, Henry Hazlitt and Ludwig Von Mises. Stiglitz argues that the so-called free market reform policies that the bank advocates are often harmful to economic development if implemented badly, too quickly (“shock therapy”), in the wrong sequence or in weak, uncompetitive economies.

Reconnection with the bank also requires Iran to improve its reporting and transparency, which has deteriorated in the past decade.

“We can report data while also accounting for Iran’s interests. Analysts of international organizations are curious and we must cater that,” he said.